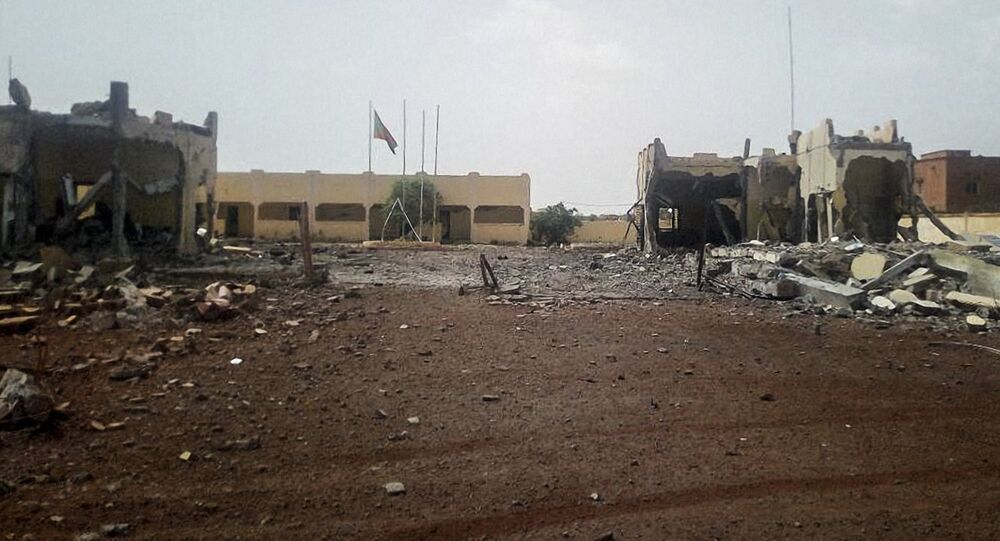 According to Mali's Defense Ministry, militants stormed the headquarters of an African military taskforce in central Mali on Friday, opening rocket and gunfire, attempting to storm the base.

"The attackers fired rockets at the headquarters and some of them infiltrated the compound. There was an exchange of fire," Diallo stated, as quoted by the agency, adding that a car with explosives had also been used in the assault.

Commenting on the attack, the mayor of the town of Mopti stated that at least six soldiers had been killed as a result of the assault.

Local residents, cited by the media outlet Nord Sud Journal, reported that a blast had rocked the city of Sevare and that the attack is still underway.

"First, there was an explosion, then we heard gunshots," a local resident told the media outlet.

The area of Sahel has over the last several years faced a spike in violence by Islamist militants, namely terror groups linked to al-Qaeda and Daesh*, which use the region as a launch pad for attacks.

​The G5 mission is largely backed by Western powers, including the US and France, which have allocated significant funds for the fight against terrorism. In their latest report, released on Thursday, France stated that about 15 assailants had been killed during clashes between its forces, alongside Malian commandos, and a group of around 20 militants on June 22.

The attack took place just days before a meeting between French President Emmanuel Macron and African leaders at an African Union summit, set to take place Sunday in Mauritania, with the anti-terror struggle included on the agenda.