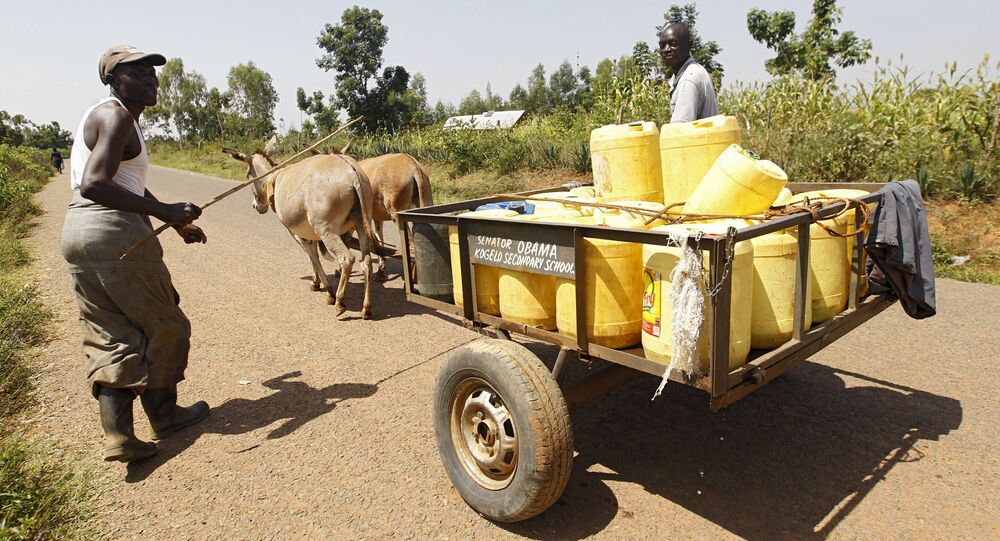 Over 800,000 Kenyans have been affected by devastating floods and rains in Kenya, the United Nations Office for the Coordination of Humanitarian Affairs (OCHA) said in a statement.

"The death toll from heavy rains and flooding in Kenya has risen to 186, and an estimated 800,000 people have been affected, according to the Kenya Red Cross Society (KRCS). This includes an estimated 300,000 who have been displaced and nearly 100 injured, although many of those displaced have begun to return home," the statement read on Thursday.

About 18,725 children affected by the disaster will require assistance to ensure their physical and psychosocial well-being, the document added.

© AFP 2021
Kenya Floods: 'Deaths Could Have Been Avoided' - Meteorologist
Over 739 schools were closed temporarily due to major infrastructure damage caused by the floods or because they are housing displaced persons. The situation led to the disruption in learning for over 100,000 children, the OCHA pointed out.

The OCHA expressed concern over the increased risk of health emergencies, including cholera outbreaks, due to poor sanitation and lack of clean water in the areas damaged by the floods.

Severe flooding in #Kenya: more than 600,000 people affected, including 123,000 people who have been displaced from their homes. https://t.co/yM6wree8CO pic.twitter.com/T59XOtntB3

The UN agency suggested that the cases of malaria could also increase in the affected areas due to continued rainfall.

Kenya has been affected by heavy rainfall since March. According to the Kenya Meteorological Department data, in some areas of the country, seasonal rainfall between March and May was the highest recorded over the past 50 years.

#Kenya #Lamu #floods so its flooding in parts of Kenya and its not making news. My brother made pictures of the flooded areas. Tana river has burst its banks and KenyaRedCross has provided tents to people. pic.twitter.com/lrX7EQmp05