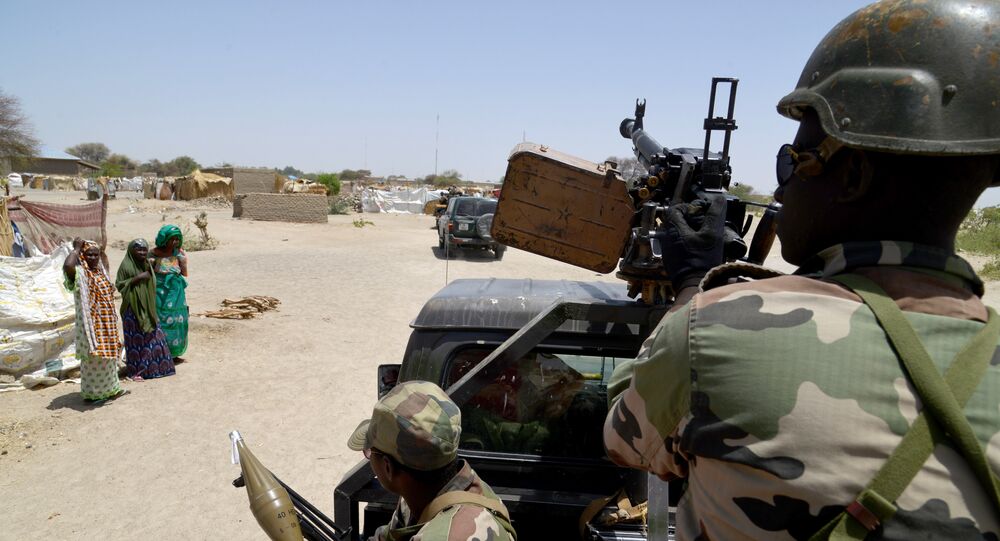 Three female suicide bombers have blown themselves up inside a mosque in Niger's southeastern city of Diffa, resulting in the death of at least 9 people and injuring some 40 others who had gathered after breaking their Ramadan fast, Reuters reported, citing an army spokesman.

According to the RFI radio station, the attacks have taken place near a madrasa — an educational institution dedicated to Islam — in the city of Diffa, the capital of the same name department, located on the border with Nigeria.

On Tuesday, schools and markets in Diffa remain closed for security reasons, while the streets are being patrolled by security officers.

No terror group has claimed responsibility for the attack. However, the area around the city is near Lake Chad and the borders with Nigeria, Chad and Cameroon, an area afflicted by the actions of the Boko Haram militant group, which strives to establish Islamic rule in the region.

Boko Haram is infamous for numerous attacks and abductions in the western and central African region. The group's insurgency has resulted in the displacement of millions of people.