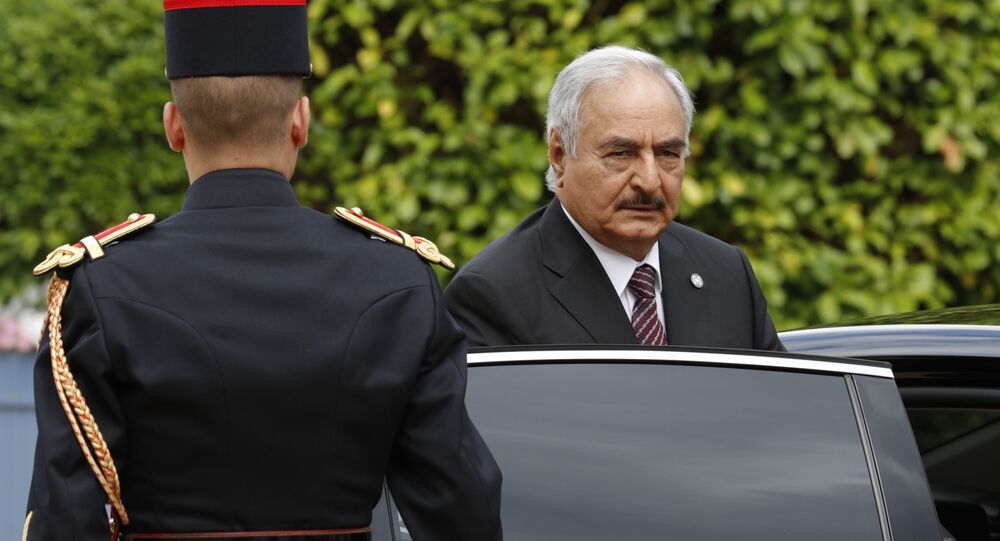 CAIRO (Sputnik) - Libyan National Army’s (LNA) Commander Field Marshal Khalifa Haftar has announced the start of a military operation to liberate Derna, which has been under terrorists' siege since the overthrow of country’s longtime leader Muammar Gaddafi in 2011, LNA’s spokesman Ahmed Mismari said.

According to Mismari, the military warned local residents of the need to observe security measures, and in particular, called on the civilian population not to approach the places of concentration of militants.

Libya has been in turmoil since the 2011 civil war that resulted in the overturn Gaddafi. The eastern part of the crisis-torn state is governed by its parliament, with headquarters in the city of Tobruk. The parliament is backed by the LNA, which is engaged in struggle against militants. At the same time, the UN-backed Government of National Accord (GNA), headed by Prime Minister Fayez Sarraj, operates in the country's west and is headquartered in Tripoli.