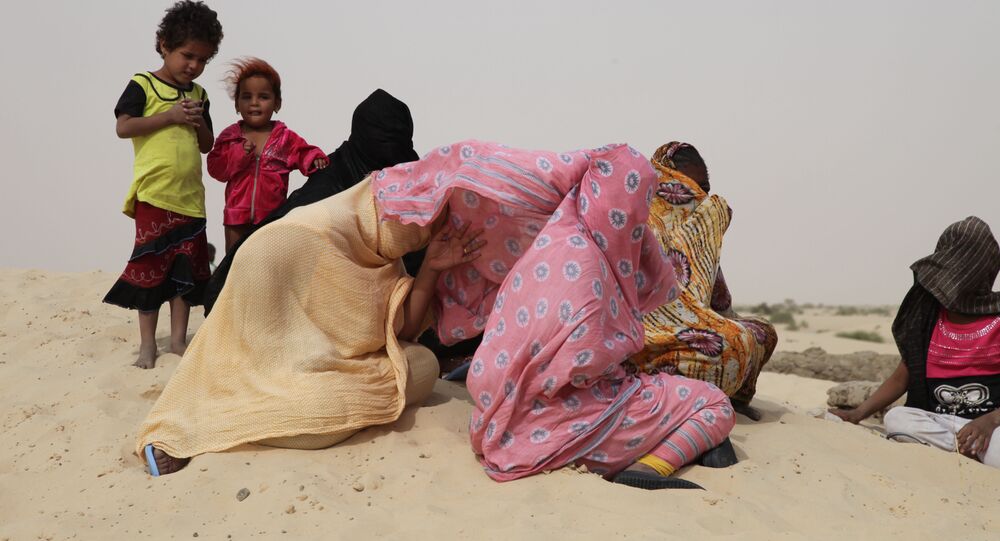 A new outbreak of violence, which reportedly occurred in Mali, has resulted in scores of Tuareg civilians being murdered by suspected jihadists.

According to the Reuters news agency, citing the governor of the Menaka region, suspected jihadists have conducted two attacks on local Tuareg civilians, what resulted in the death of at least 40 of them, including women and children. As the governor specified, the second assault took place in the distant desert villages of Awakassa on Saturday.

Previously, the AFP news agency reported, citing local sources, that over 30 Tuareg civilians were killed on Friday by suspected jihadists in northeastern Mali near the border with Niger.

Tribal leaders and representatives of a former Tuareg rebel group called Movement for the Salvation of Azawad (MSA) said that a similar attack also occurred the day before, when gunmen on motorcycles murdered 12 people outside the town of Anderamboukane.

"There have been 43 deaths in two days, all civilians, from the same community," tribal leader Sidigui Ag Hamadi from the regional capital of Menaka said.

© AP Photo / Jerome Delay
Canada to Deploy Troops in Mali This Year - Reports
"Our fighters are destroying their bases and wiping them out. They are targeting innocent civilians," he added, claiming that jihadists carried out the killings in retaliation for attacks conducted by armed Tuareg groups.

Menaka governor Daouda Maiga awaits the arrival of official observers on the scene before announcing the final death toll.

"There are various versions, but I know there are women and children among the victims, as well as elderly," he declared.

Since the beginning of 2018 jihadists carried out a number of attacks in various corners of Mali, killing civilians, soldiers of the local armed forces and peacekeepers from the UN Multidimensional Integrated Stabilization Mission in Mali (MINUSMA).

Over the past years, Mali has been suffering from a surge in violence, as jihadist groups exploit rebels from nomadic Tuareg tribes, in order to gain control over the northern part of the country, which remains mostly lawless due to separatist activities.

In 2012, a Tuareg insurgency against the government triggered France, Mali's former colonizer, to intervene at the request of the country's authorities. France's Operation Serval forced most of the rebels out; however, jihadists are still active in the northern territories, which are out of the control of the Malian government or French and UN forces.