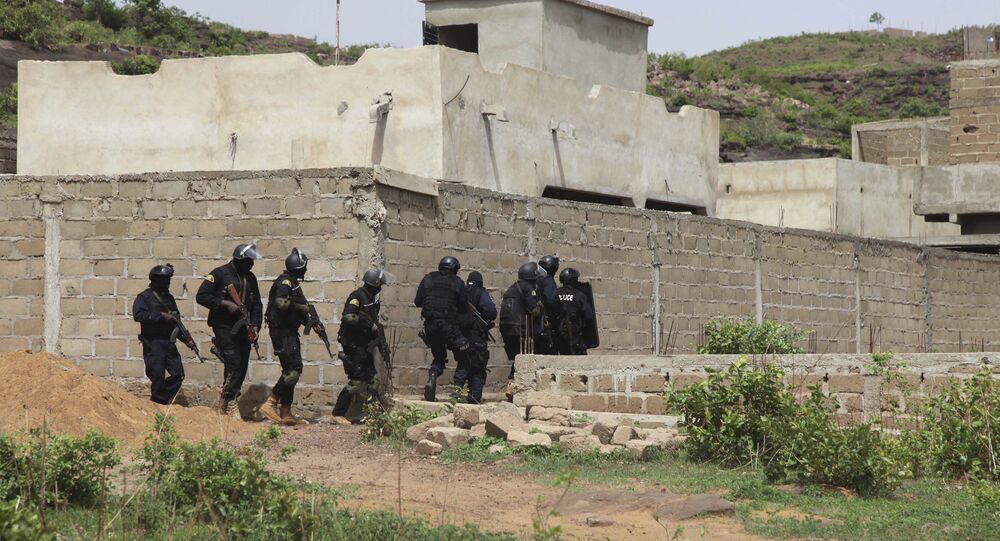 Inmates accused of terrorism-related crimes were among those who escaped, a law enforcement source told Sputnik.

"Twenty-five inmates have escaped from the Uelesebugu prison in the south of Mali's capital of Bamako, two guards are critically injured," the source said.

© AP Photo / Jerome Delay
Canada to Deploy Troops in Mali This Year - Reports
Over the past years, Mali has been suffering from a surge in violence, as jihadist groups exploit rebels from nomadic Tuareg tribes, in order to gain control over the northern part of the country, which remains mostly lawless due to separatist activities. In 2012, a Tuareg insurgency against the government triggered France, Mali's former colonizer, to intervene at the request of the country's authorities.

France's Operation Serval forced most of the rebels out, however, jihadists are still active in the northern territories