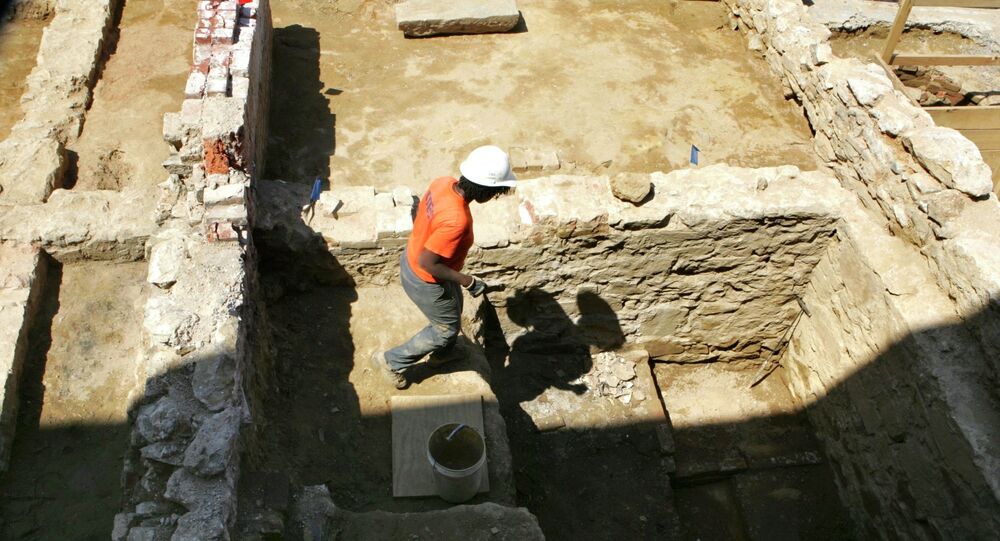 Scientists hope that the ruins of an ancient temple found in Egypt’s Western Desert will give them a clue to the life and culture of people who lived there about 2,000 years ago.

Archeologists have uncovered the outer wall, the entrance leading to the courtyard and the remains of the basement of the ancient structure, Science Alert wrote.

Also found during excavations at the Al-Salam site, located about 200 miles south of the Mediterranean coast, were fragments of pottery, coins, and a Greek-inspired sculpture of a man's head. The temple dates back to the period between 200 BC and 300 AD.

© Photo : Judith Dobie, MOLA
Ancient Roman Temple of the 'Invincible Sun' Resurrected Below Ground in London
According to scientists, the discovery will offer better insight into the cultural heritage of the Siwa oasis, located 50 kilometers (31 miles) from the excavation site and 560 kilometers (347 miles) from Cairo.

The oasis is an isolated human settlement, which is currently home to 23,000 people. It is believed that people have lived here for the past 12,000 years 12,000 years, but the first recorded mention of the place dates back to the reign of the Third intermediate period in the history of Egypt (1075-656 years BC).

As temples were usually the centers of settlements, archaeologists believe that further excavations will help find the priests’ quarters and find out why the temple was built in Greco-Roman style.