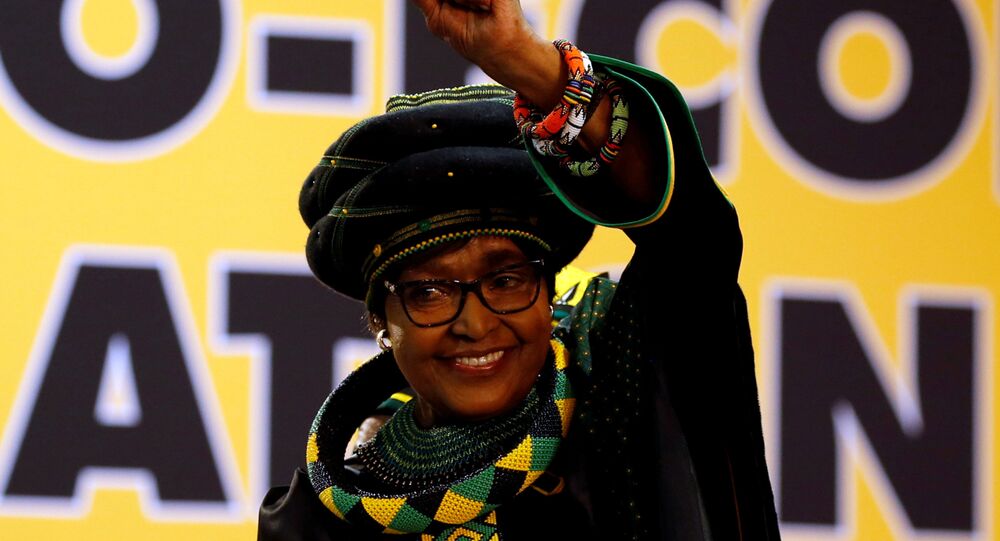 Winnie Madikizela-Mandela had been married to famous revolutionary and anti-apartheid activist Nelson Mandela for 38 years, 27 years of them during his imprisonment.

South Africa's Winnie Madikizela-Mandela died on Monday at the age of 81 in a Johannesburg hospital after a long illness, her personal assistant Zodwa Zwane said.

Zwane provided no further details but said a statement would be released later.

Winnie Mandela, who was married to Nelson Mandela for 38 years, played a key part in the campaign to end white-minority rule.

READ MORE: The 'Nelson Mandela of Puerto Rico' Emerges After 36 Years in a US Jail

© AFP 2020 / WALTER DHLADHLA
CIA Assisted in Tracking, Arresting Nelson Mandela, Says Former Agent
Nelson Mandela served as the South African president between 1994 and 1999. The first county’s head of state elected though a fully representative democratic vote, Mandela centered his policies around the eradication of the legacy of apartheid by countering institutionalized racism in the African country.

Nelson Mandela International Day was introduced by the United Nations in 2009 and is celebrated annually on Mandela’s birthday on July 18 since 2010. The day honors differences every individual can make for his community and for changing the world for the better.