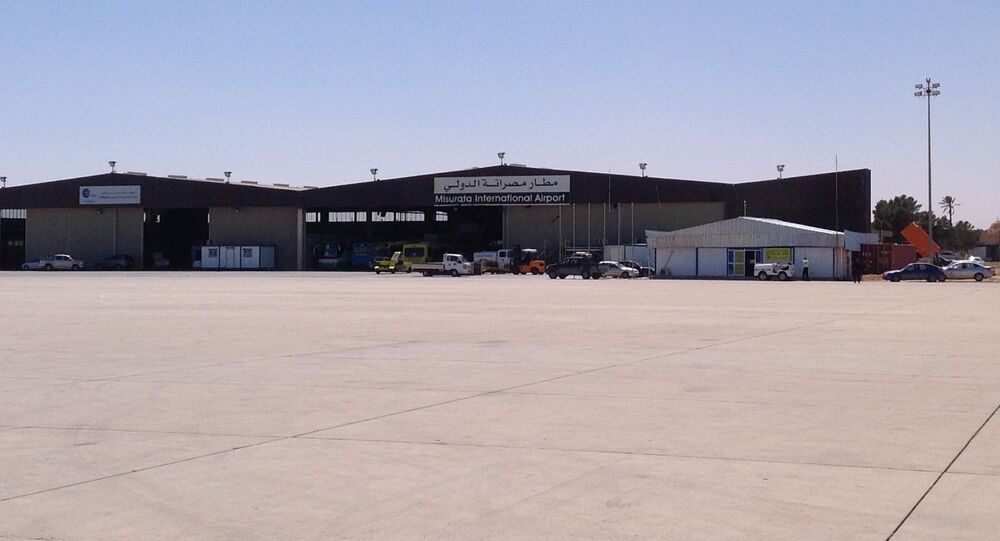 Local sources from the Libyan city of Misrata, as quoted by the Lybia Times newspaper, reported that the city’s airport has suspended flights and redirected them to Mitiga International Airport in Tripoli.

According to the local sources, the shutdown came after an armed group stormed into the airport after two men, who were identified as Amhemmed Omar Dabbashi and Abd al-Rahman Mohammed Dabbashi had been arrested in the airport before boarding a Turkey-bound flight from Misrata.

Witnesses have seen vehicles reportedly belonging to militias believed to be affiliated with the former Mufti, Sadiq al-Ghaiani, blocking the road leading to the airport.

The protestants allegedly have demanded the release of two members of Sabratha's Anas al-Dabbashi militia.

The airport's closure forced a flight operated by Afriqiyah Airways from Tunisia's Sfax airport, to divert to Tripoli's Mitiga airport. The Turkish Airlines flight scheduled for 2.30 pm from Istanbul has been postponed until the evening.

The situation has already been improved, as the flights returned to their scheduled mode.

Libya has been in turmoil since the 2011 civil war that turned out to be the overturn of country's longtime leader Muammar Gaddafi. The eastern part of the crisis-torn country is governed by its parliament, with headquarters in the city of Tobruk. The parliament is supported by the Libyan National Army, which is involved in the struggle against militants. At the same time, the UN-backed GNA, headed by Fayez Sarraj, operates in the country's west and is headquartered in Tripoli.