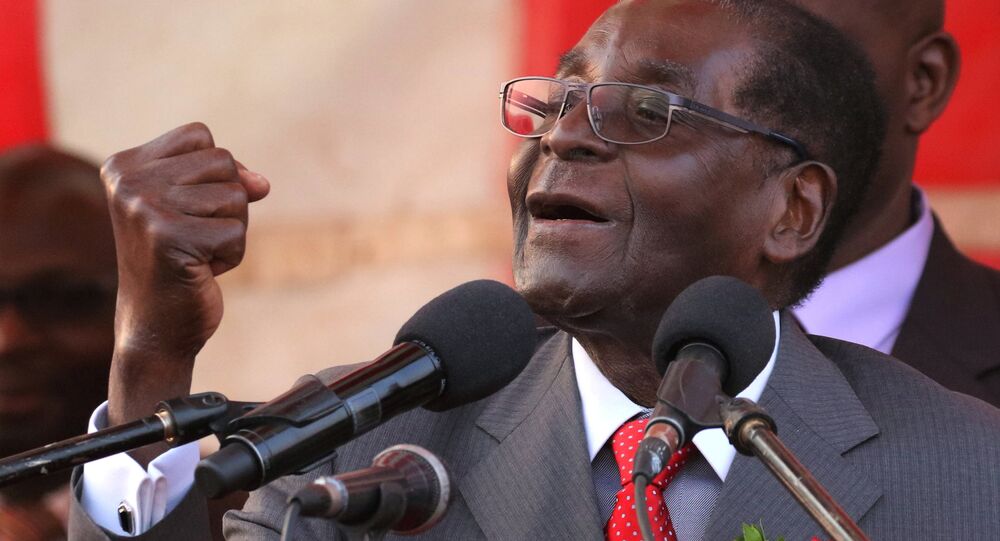 Robert Mugabe has been largely silent in his retirement from the presidency, a silence he has now broken in an interview with South African television.

Former Zimbabwean President Robert Mugabe, in his first television interview since being removed from office in a military coup, has said he feels betrayed by his former colleague and current Zimbabwean Emerson Mnangagwa. He accused his successor of conspiring with the army to remove him from his post, ending his 37 years as president.

"I never thought he whom I had nurtured and brought into government and whose life I had worked so hard in prison to save as he was threatened with hanging, that one day he would be the man who would turn against me," the former president said while speaking to a South African TV channel.

And the third time I came to Zimbabwe I had an interview with the former President Robert Mugabe and his wife, Grace. Guess who has a copy my bestselling memoir, Nothing Left To Steal. pic.twitter.com/gulDyYzwvC

The Zimbabwean military forced Mr. Mugabe to resign from the presidency in November 2017 after confining him to house-arrest in a move that was widely seen as an attempt to pre-empt the president's wife Grace from succeeding him as the country's leader. Mr. Mnangagwa, as the country's Vice President, stepped in to fill the position.

"He could never have assumed the presidency of the country without the army. The army made sure that the other organs of state were neutralized. We must undo this disgrace which we have imposed on ourselves, we don't deserve it," Mugabe said.

© REUTERS / Mike Hutchings
Better Than Waiting to be Killed: Mugabe’s Nephew Fled Zimbabwe, Fears for Life
Since his seizure of the presidency, Emerson Mnangagwa has sought to reverse many of the economic policies of the previous administration, particularly the confiscation of farmland owned by the descendants of white settlers. He has also voiced a desire for closer relations with the United Kingdom after it leaves the European Union, and even suggested rejoining the Commonwealth from which Zimbabwe was suspended in 2002 and which it left in 2003.
...
Reddit
Google+
Blogger
Pinterest
StumbleUpon
Telegram
WhatsApp
02

A Coup in Zimbabwe? Are There 'White Identity Extremists'?