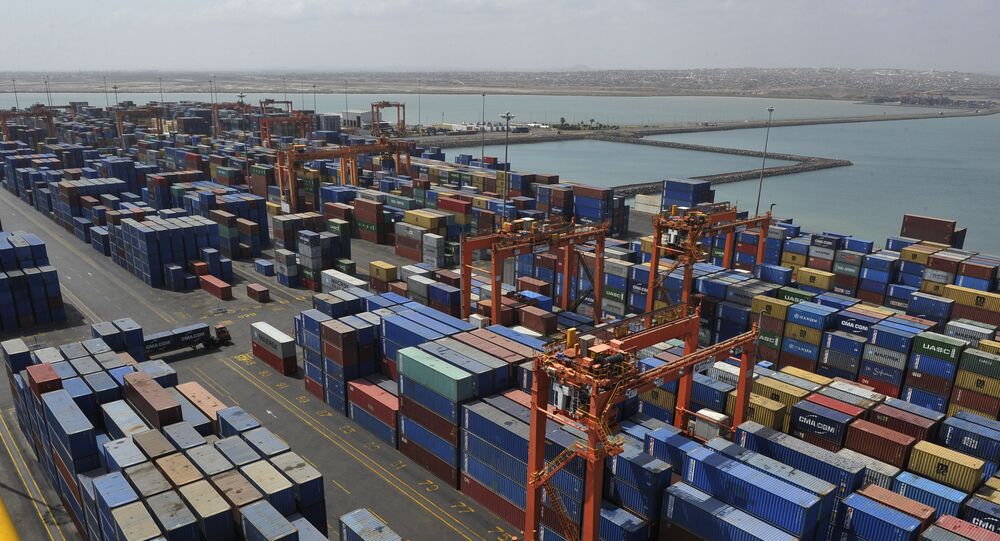 Following complaints from the US military, the East African nation of Djibouti has denied that they would cede an economically and strategically crucial port to China. Beijing opened their first-ever overseas military base in Djibouti in August 2017.

The Doraleh Container Terminal (DCT) is a Red Sea port that was described as the most technologically advanced container terminal in Africa during the 2015 World Scientific International Conference.

The facility, built by the UAE state-owned shipping company DP World, opened in 2009 and can hold 1.76 million tons of shipping capacity. It is the single largest employer in Djibouti and the country's largest source of revenue.

A contract dispute between Djibouti City and DP World led to a termination of the contract in February. Immediately, foreign investors began to sniff around. The US government also reportedly received word that Djibouti might gift the port to their new ally, China.

But while the US was fine with the DCT being under UAE control, Beijing was another story. US Africa Command leader and US Marine Corps Gen. Thomas Waldhauser told the US House Armed Services Committee that the military could face "significant" consequences if China took control of the port.

On Wednesday, Djibouti Inspector General Issa Sultan announced that DCT will remain "in the hands of our nation," at least while they sought a new investor.

"There is no China option and no secret plans for the Doraleh Container Terminal," the inspector general told Reuters. "The port is now 100 percent managed by the state… our ultimate goal remains to invest strongly in the attractiveness of Doraleh and other port facilities in the country."

Djibouti's Ambassador to the US Mohamed Siad Doaleh said that his country was "a committed friend and ally of the United States," and that "nothing could be farther from our intentions" than giving the DCT to China.

He added that Djibouti City had just inked an agreement with Singapore shipping company Pacific International Lines (PIL) to increase the DCT's capacity.

The US has boosted overtures to Djibouti in recent years, possibly as a response to Chinese interest. It was one of five African nations visited by former US Secretary of State Rex Tillerson during his tour of the continent earlier in March.

DP World, meanwhile, is unsurprisingly displeased. They called the seizure illegal and stated that they intended to sue Djibouti City in the London Court of International Arbitration.

Claiming that DP World had failed to live up to their end of the bargain by developing the port and was instead routing shipments bound for the site to the Jebel Ali port in Dubai, Djibouti terminated the contract in February, c

Djibouti is one of the smallest nations in Africa in both area and population, but it benefits from some choice real estate. Djibouti provides easy access to the nearby Suez Canal via the Strait of Bab-el-Mandeb and it's one of only two countries to border both the Red Sea and the Gulf of Aden — the other being the war-torn country of Yemen.

Djibouti is also politically stable, with a continuous central government since they gained independence from France in 1977. This has made them an attractive site for more powerful nations to set up shop.

China was the most recent foreign power to open a base in Djibouti, a naval base at the Port of Doraleh. France, Italy, Japan and the US have also set up permanent military encampments in the tiny country.

The foreign bases are tremendously beneficial to the Djiboutian economy, as the government is paid $63 million annually by the US in rent and another $100 million by China. That's not chump change, particularly for a country with a GDP of about $3.7 billion.