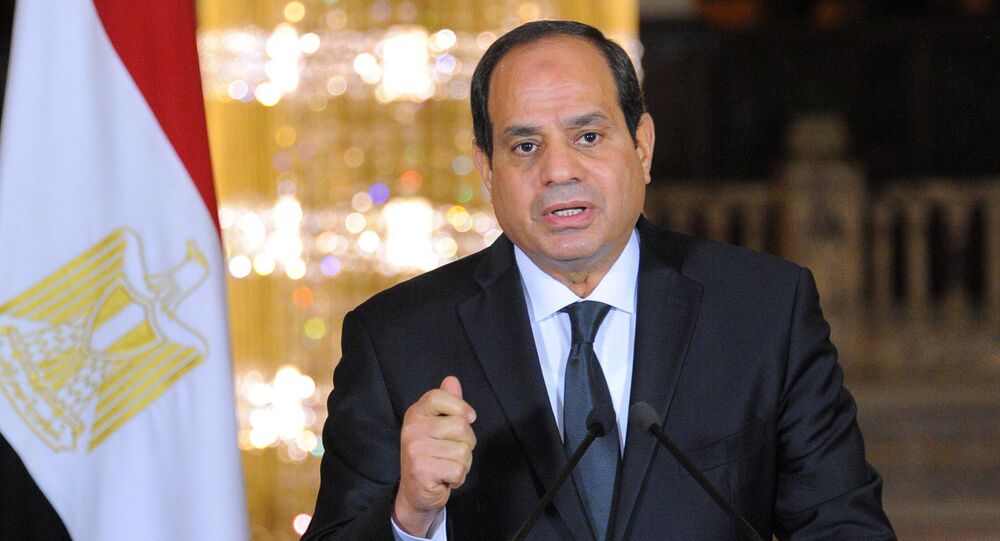 CAIRO (Sputnik) – Egypt’s President Abdel Fattah el-Sisi was elected chairman of the African Union for 2019, the spokesperson of Sisi’s office said in a statement.

"Guinea’s president [Alpha Conde] congratulated [Sisi] over Egypt’s election for presidency of the African Union in 2019," the statement, released on Sunday, read.

The African leaders voted for Cairo’s candidacy for presidency of the bloc during the ongoing African Union's two-day session in the Ethiopian capital of Addis Ababa. On Sunday, which was the first day of the meeting, Rwanda’s President Paul Kagame took over the African Union’s presidency for 2018.

© REUTERS / The Egyptian Presidency/Handout
Egypt's Rising Economy Prompts Chinese President to Invite Sisi to BRICS Forum
In 2013, the African Union suspended Egypt’s membership after government of President Mohamed Morsi had been overthrown. However, Cairo reinstated its membership of the bloc when Sisi took the president’s office in 2014.

The African Union, launched in 2002, unites the states on the African continent. It was created to replace the Organisation of African Unity (OAU). The union's activities are mainly devoted to the issues of tackling poverty and other socio-economic and political problems of the African states.

Trump Confident in Sisi’s Commitment to Protecting Christians in Egypt