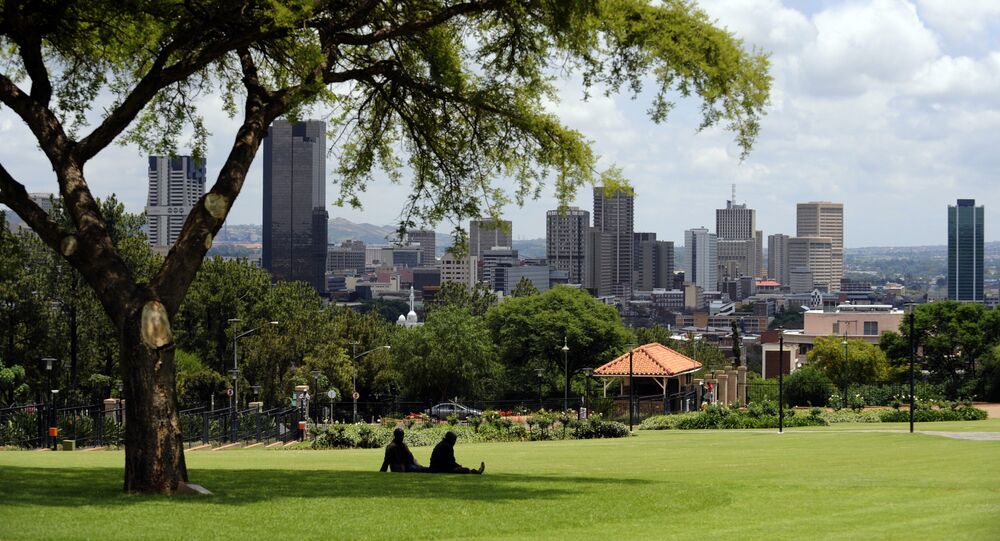 MOSCOW (Sputnik) - South Africa is not looking for international support to resolve critical water shortages in the drought-hit province of Western Cape and its capital of Cape Town, as Day Zero, when the city will run out of water, approaches, Sputnik Ratau, the spokesman for South Africa’s Department of Water and Sanitation told Sputnik.

"We do have some of our compatriots who have come to our aid, one of them is the Gift of the Givers [NGO] that has done some work. We have not gone out to the international arena to look for assistance that way because we believe the experience that what we have seen from the drought in the last while [in South Africa], that we can still be able to overcome the issues of the drought in the Western Cape," Ratau said.

The spokesman reminded that the department is taking measures to relieve the water shortage crisis in the city. It is working with the water board of KwaZulu-Natal, a coastal South African province, to learn from the experience of setting up the Richards Bay desalination plant and apply it to the desalination plant projects in Cape Town, four of which are due to start providing water to the city in February. The Department has also looked into using groundwater.

READ MORE: Baby Elephants in South Africa and China in Trouble Get a Helping Hand

Yet Ratau clarified that the primary way to avoid the water crisis reaching the critical levels of Day Zero would be through reducing the amount of water that citizens use.

"What we are saying, and that is most critical for us as a country, is that the issue of water conservation is the primary manner in which we believe we can be able to alleviate the situation that we have seen now in the Western Cape," Ratau said.

Vincent Casey, the Senior Water and Sanitation Advisor at WaterAid, told Sputnik that restricting water supply to 50 liters will mean that residents will only be able to use water for essential purposes.

© CC BY-SA 4.0 / Bjørn Erik Pedersen / Ein Hennes & Mauritz-butikk i Noreg
Not So Cool Now? H&M Closes Shop in South Africa Over Racist Ad Retaliation
"It’s essentially a form of demand management. They’re imposing restrictions to limit the amount of water that people can use at any one time so they can try to conserve what water is available… It’s not a huge amount of water but it’s enough to undertake drinking or washing but not much more than that. Non-essential uses have essentially been banned," Casey said.

According to government estimates, should current consumption levels persist, Day Zero will fall in Cape Town on April 21 when the water level in Cape Town Systems Dams falls to 13.5 percent. On Thursday, the city's mayor, Patricia De Lille, announced new water consumption targets. Residents of Cape Town were told that they need to reduce water consumption from 87 liters (23 gallons) per person per day to 50 liters, starting from February 1.

Cape Town has been gripped by drought for three years, arising from very low rainfall and increased consumption, due to an increase in population and from being a popular tourist destination. Cape Town is South Africa’s second biggest city, with a population of four million people.