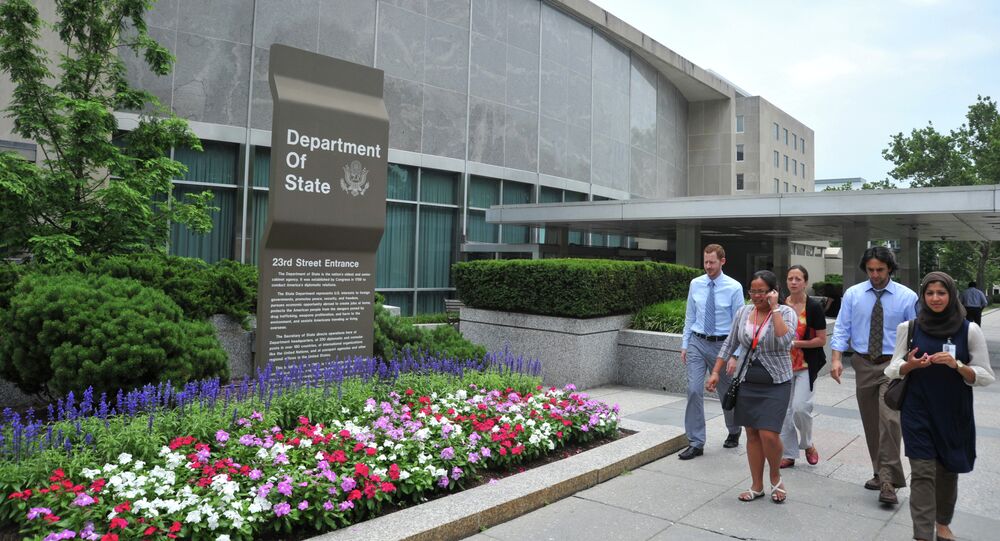 On Thursday, Trump reportedly made a vulgar remark in a private conversation during an immigration meeting with lawmakers, referring to African countries as "shitholes," which sparked a wave of condemnation around the world.

READ MORE: 'Your Mouth Is the Foulest Sh*thole in World': Ex-Mexican President to Trump

Nigeria is far from being the first country to demonstarate its protest about the US president's racially-charged comments. Earlier, Cuba severely criticized Trump, whereas El Salvador sent a note of protest to the US government condemning the president's alleged remarks. Botswana, Senegal and Haiti called in the US envoys to clarify the situation. The African Union, an international organization which aims to advance cooperation between the countries on this continent, also expressed its concern.

© REUTERS / Carlos Barria/File Photo
S***hole, #ICancelledMyTripToLondon: Trump Faces Truckload of Hilarious Backlash
The scandal erupted after closed-door White House talks on an immigration deal on Thursday, in which Donald Trump allegedly made some derogatory remarks describing some immigrants as coming from "shithole" countries referring to Africa and Haiti.

Trump later denied using in a conversation disparaging language, adding that he is "not a racist."

The US president's reported remarks were a reaction to a plan drafted by a bipartisan group of senators to protect juvenile immigrants from deportation. Trump later noted that he was "ready, willing and able" to reach an agreement on the DACA program.

The Deferred Action for Childhood Arrivals (DACA), an executive order issued by former US President Barack Obama in 2012, granted temporary work and residency rights to so-called "dreamers" – people who entered the United State illegally as juveniles.