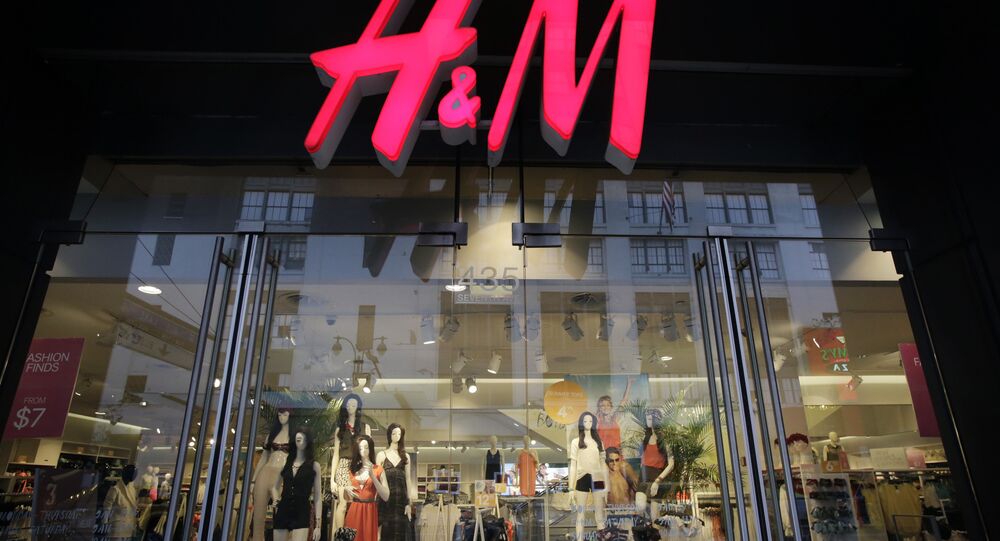 Earlier this week, Swedish fashion group H&M published an advert featuring a boy wearing a hoodie that read "coolest monkey in the jungle."

Protesters from the South African Economic Freedom Fighters (EFF) movement have trashed several H&M stores in the Gauteng province of the country, reacting to the 'racist' company's advertisement.

According to police, officers fired rubber bullets at the protesters, who were tearing down shop displays and throwing clothes around.

EFF spokesman Mbuyiseni Ndlozi said that the Swedish fashion group's apologies were too little and too late.

"The time of apologies for racism are over; there must be consequences to anti-black racism, period!" Ndlozi wrote on his Twitter.

@EFFSouthAfrica Western Has taken Racism protest right at the doorstep of H&M at V&A Waterfront. pic.twitter.com/IhxZ6teRTL

Earlier this week, H&M apologized for a widely criticized ad, featuring a five-year-old black child model wearing a hoodie with the slogan "coolest monkey in the jungle."

"Our position is simple, we have got this wrong and we are deeply sorry," the website of the group's South African department said.