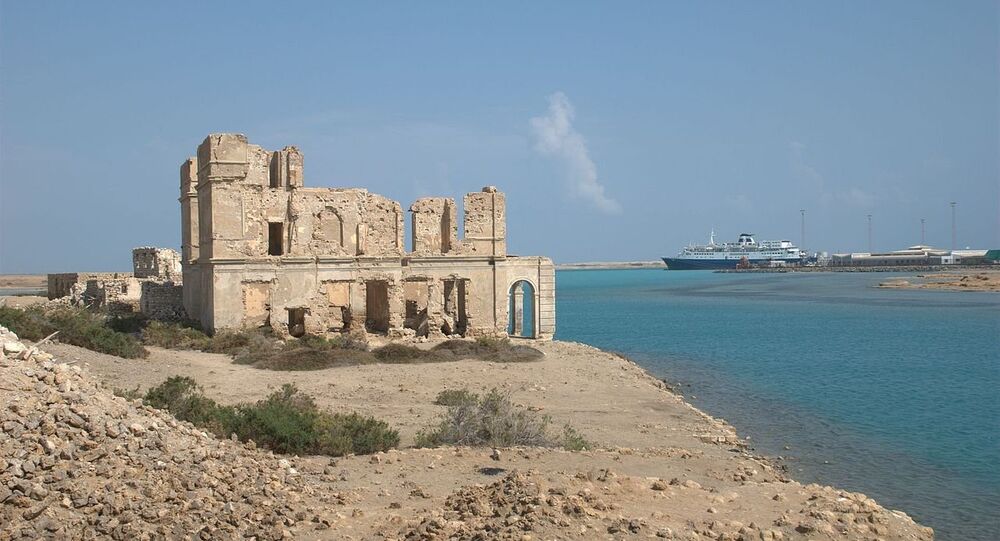 The Red Sea Suakin port used to be Sudan's major harbor when it was ruled by the Ottoman Empire, but during the last century came into disuse after Port Sudan had been constructed 35 miles (60 km) to the north.

According to Sudan's Foreign Minister Ibrahim Ghandour, Turkey will reconstruct a ruined Suakin port city on Sudan's Red Sea coast, which has been temporarily handed over to Ankara so that the country could restore it as a tourist attraction and a transit point for pilgrims traveling to Mecca as announced by President Tayyip Erdogan earlier.

"Imagine, people from Turkey wishing to go on pilgrimage will come and visit the historical areas on Suakin Island," Erdogan said in Khartoum during his first trip to Sudan. "From there … they will cross to Jeddah by boat."

The ancient Red Sea Suakin port was Sudan's major harbor when it was ruled by the Ottoman Empire, but over the last century, it went out of operation after Port Sudan had been constructed 35 miles (60 km) to the north.

Turkey and Sudan have signed several agreements worth $650 million in total, including Turkish investments into the construction of Khartoum's new airport, as well as sector investments in cotton production, electricity generation and building grain silos and meat slaughterhouses, with Erdogan and Bashir planning to increase bilateral trade up to $10 billion.

Ankara will also build a naval dock to maintain civilian and military vessels, which, as Sudan's foreign minister explained, "could result in any kind of military cooperation, while Ankara strives to expand military and economic ties in Africa, opening a $50 million military base in Somalia.

Khartoum, in its turn, aims to attract around $10 billion in foreign investments a year after the US lifted sanctions and a trade embargo against the country in October.