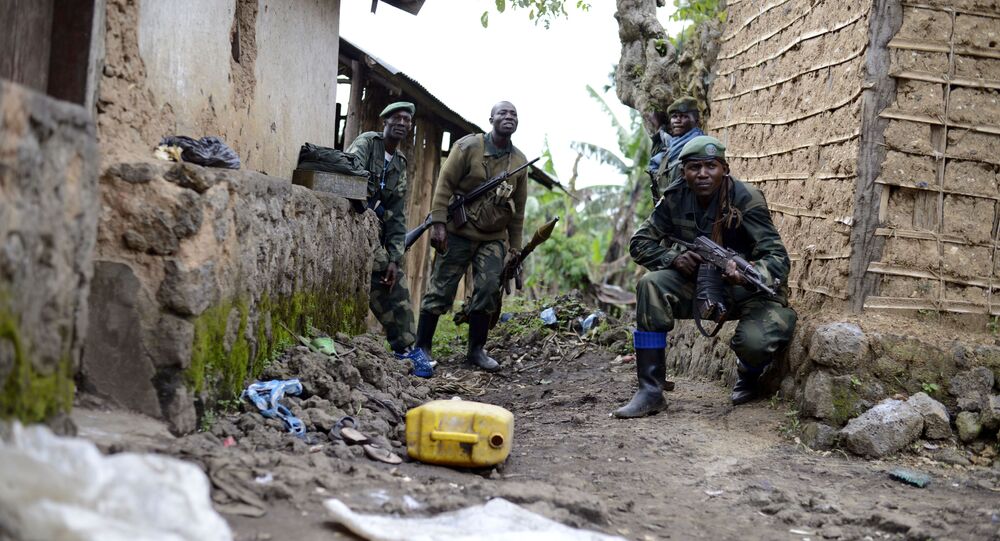 For the second year in a row, the violence in the Democratic Republic of Congo has been the epicenter of the worst conflict displacement crisis in the world - a crisis that outpaces the likes of the civil wars in Iraq, Syria and Yemen according to human rights groups. And almost nobody is talking about it.

According to the United Nations, 1.7 million Congo residents have been forced to flee their homes in 2017 — a rate of about 5,500 a day. This brings the number of displaced up to 4.1 million in total, with another 7 million at risk of famine.

"It's a mega-crisis. The scale of people fleeing violence is off the charts, outpacing Syria, Yemen and Iraq," said Ulrika Blom, the Congo director for the Norwegian Refugee Council. "For the second year running, DR Congo is the country worst affected by conflict displacement in the world. Communities in DR Congo are being double pounded — by brutal conflict and a worsening political crisis."

Congo was the site of the Great African War, the bloodiest armed conflict since World War II. The war ended after five years of fighting between 1998 and 2003 that left an estimated 5.4 million dead, but Congo has remained unstable ever since.

Insurgent and rebel groups continue to resist the Kinshasa government. Arguably the most visible insurrection is the Kamwina Nsapu rebellion, which resulted from Kinshasa's refusal to formally recognize their chief. The Catholic Church has estimated that 3,300 have been killed and over a million people displaced in the battles between the tribal mavericks and the Congolese military since August 2016.

The situation has been further worsened by President Joseph Kabila's refusal to cede power at the end of his second term as stipulated by the Congolese constitution. Kabila has led the country since 2001, but his government has met with limited success in defeating the numerous militant groups that continue to battle Kinshasa.

In the meantime, the suffering of the citizenry continues. "What we've seen firsthand in Tanganyika province is beyond horrifying," said Blom. "Last week we found a church sheltering over 80 people who'd fled attacks in September — families piled together in absolute squalor. Children sleeping on wet soil, thinly covered by empty sugar sacks. Four people have died since this community arrived, including two children."

But international aid has come in only a trickle due to the lack of visibility for the conflict. The country is not seen as an intersection of geopolitical interests in the same way that similarly beleaguered Middle Eastern nations are, and while the nation has immense natural resources it also has low infrastructure development and a population that lives almost entirely in poverty.

"Donor fatigue, geopolitical disinterest and competing crises have pushed DR Congo far down the list of priorities for the international community. This deadly trend is at the expense of millions of Congolese. If we fail to step up now, mass hunger will spread and people will die. We are in a race against time," said Blom.

Government ministers have disputed the NRC's claim. Minister of Information Lambert Mende says that the number of displaced people is lower, "less than 1 million." Furthermore, the displaced people were not fleeing conflict but rather attempting to return home from neighboring countries.

It isn't just the Congo, although the country is the site of the worst displacement. In the first half of 2017, 2.7 million Africans were displaced, the NRC says, about 1 million of whom come from Congo. The rest mostly came from the Central African Republic, Ethiopia, Sudan and South Sudan. There are 12.6 million displaced people in the whole of Africa.