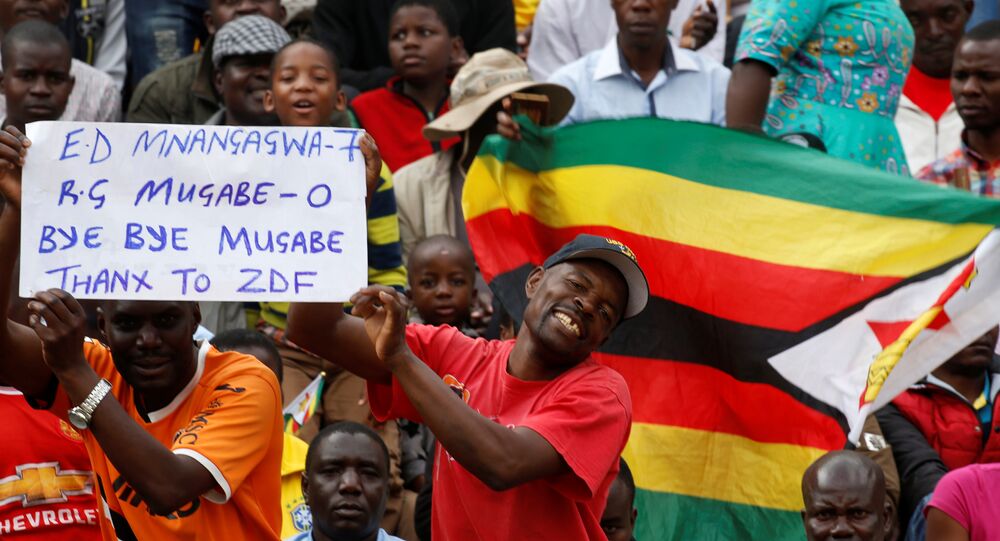 The nephew of deposed Zimbabwean president Robert Mugabe says that he fled the country because he feared for his life during the military coup. He added that his employees were beaten and robbed and he is unlikely to return unless his safety can be guaranteed.

"People can say I ran away, yes I did. It's better than to wait to be killed," 50-year old Patrick Zhuwao told The Zimbabwe Standard via a phone interview. Zhuwao fled to South Africa in late November after his uncle, Mugabe, stepped down amid pressure from both the military and the public.

Zhuwao, who owns a tobacco farm 25 miles outside of Harare, added that his workers were assaulted and their homes looted by a mob. "When one looks at attacks launched on my farm and farm workers who were frog-marched and severely beaten just for working for me, it is enough evidence that my safety is not guaranteed," said Zhuwao.

But he had to leave his government position and farm behind as a result of the coup when other supporters of Mugabe were imprisoned — specifically, members of Generation 40 (G40), the youth wing of the ruling ZANU-PF party.

Zhuwao was a member of G40, which supported Mugabe's wife Grace in her political aspirations. Under Grace's advisement, Mugabe removed his Vice President, Emmerson Mnangagwa, in early November. This was seemingly done to clear the path for Grace to succeed her 93-year old husband as president.

But Mnangagwa, a former soldier, retained strong allies in the military which effectively removed the aging Mugabe and cleared the path for Mnangagwa to take his place. Grace's whereabouts are unknown, although she is thought to have fled Zimbabwe, too.

Leaders of G40 were expelled from ZANU-PF after the coup and several members, including finance minister Ignatius Chombo and MP Paul Chimedza, have been arrested.

During his inauguration, Mnangagwa asked the people of Zimbabwe to reconcile with G40 supporters and not undertake "vengeful retribution." He also promised to fight the corruption and economic woes that have plagued the South African nation for years.

In spite of his reversal of fortunes, Zhuwao claimed to have no regrets. "I am proud to have served under President Robert Mugabe," he said. "I was loyal to him during his tenure as president and I even today I am still loyal to him, much [more] than [the] loyalty I could have exhibited as his nephew."

He added that he was skeptical about the new leadership of Zimbabwe, as most of them were supporters of the very Mugabe-era policies that they now criticize.

"If you look at the current political leadership, it's like having gone through a period under a leader who was meticulous and principled and then serving under anybody else will soil my track record," he said.

"I also find it rather awkward for some leaders who want to blame President Mugabe yet when decisions were made, they were part of the collective."