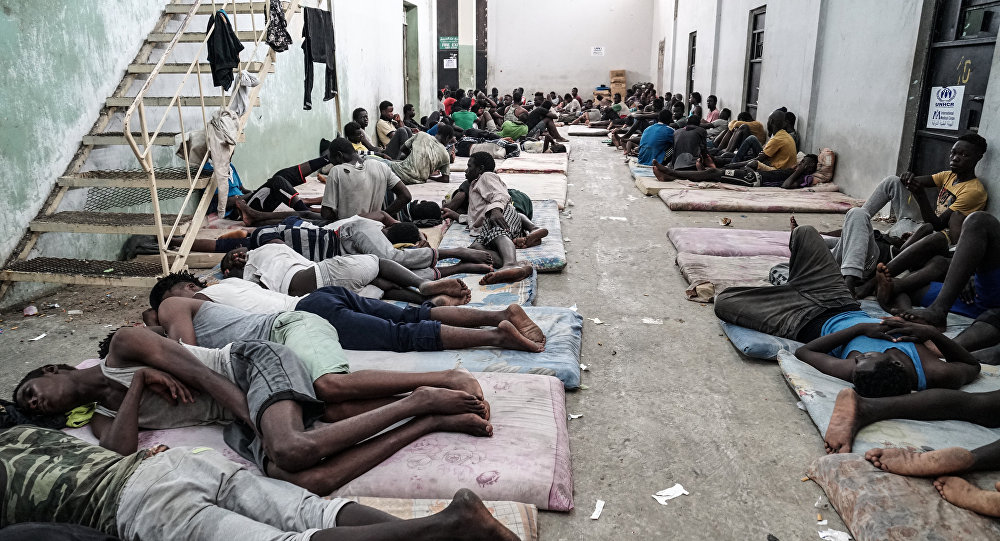 Up to 700,000 African migrants are stranded in detention camps across Libya, with many of them living in dire conditions. African and European countries are working together to reach a long-term solution to the crisis.

Leaders at an EU-Africa summit have agreed on the immediate evacuation of 3,800 migrants stranded in Libya, in a fresh attempt to tackle human trafficking from the North African country.

"We have agreed, along with the EU and the UN, to set up a task force for repatriating at least 3,800 people," Moussa Faki Mahamat, chief of the African Union (AU) Commission, told journalists.

He said that there are as many as 700,000 African migrants in Libya, with many of them suffering atrocities and even being sold into slavery. He also said a fact-finding mission had seen a migrant camp in Tripoli where thousands of migrants were "living in inhumane conditions."

"But it's just one camp… the Libyan government tells us that there are 42 in all. There are definitely more than that. There are estimates of 400,000 to 700,000 African migrants in Libya," the official said.

Mahamat said that the AU has partnered with the United Nations and the European Union to find "longer-term solutions for the migration issue" in Libya.

© REUTERS / Christian Hartmann/File Photo
Macron Announces Plans of ‘Military Action’ in Libya
The two-day summit in Abidjan, the economic capital of the Ivory Coast, gathered more than 80 nations from the AU and the EU, in an attempt to spur development in Africa. The meeting, however, took place amid the uproar after recent media revelations about the slave trade in Libya sent shockwaves across the world, prompting the international community to call for urgent action and pressing the Libyan government to increase its efforts to combat human trafficking.

Libya is one of the main transit countries for migrants. According to UN figures, 90 percent of migrants, who cross the Mediterranean to Europe, depart from Libya. The civil war in Libya as well as the unstable situation in the region has brought the humanitarian situation in the country to a critical level. Over a million people are in desperate need of humanitarian assistance in Libya.