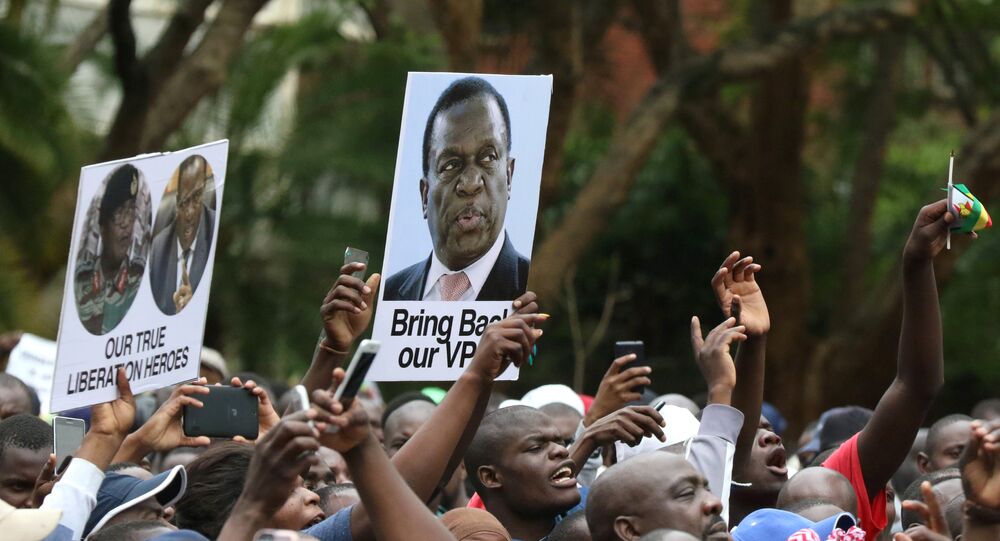 Exiled politician Emmerson Mnangagwa, who was sacked by Robert Mugabe shortly before the military takeover in Zimbabwe, is expected to return to his country on Wednesday.

Zimbabwean state TV reported that Mnangagwa, the country's former vice president and a longtime ally of ex-president Mugabe, will be sworn in as the new president on November, 24.

Zimbabwe's ex-vice president Emmerson Mnangagwa, who is expected to be sworn in as president following the resignation of Robert Mugabe, will return home on Wednesday. https://t.co/G4LwBw6RRT

According to the Zimbabwean Broadcasting corporation (ZBC), Mnangagwa, who fled to South Africa two weeks ago, is expected to arrive in the capital Harare later on Wednesday, at 6 p.m. local time (16:00 GMT).

Who is Emmerson Mnangagwa, the man known as the "Crocodile" set to succeed Zimbabwe's Robert Mugabe? pic.twitter.com/9DO6QGkCOB

On Tuesady, in a letter to parliament, Robert Gabriel Mugabe wrote that he decided to step down after nearly 40 years in power. Moreover, he welcomes the smooth transition of power in the country. This announcement comes as the parliament made a decision earlier in the day to impeach Mugabe, giving him 24 hours to leave the office. This act urged young people to take to the streets, calling on the president to go, according to Reuters.

The political situation in Zimbabwe has been worsening over the last week. On Sunday, the ruling Zanu-PF party fired him as its leader and ordered him to step down. On November 13, Zimbabwe's military placed Mugabe into custody and took control of government buildings as well as the TV center. This move was triggered by Mugabe's firing the  first vice president, Emmerson Mnangagwa, who was considered as a likely successor and enjoys the military’s support.