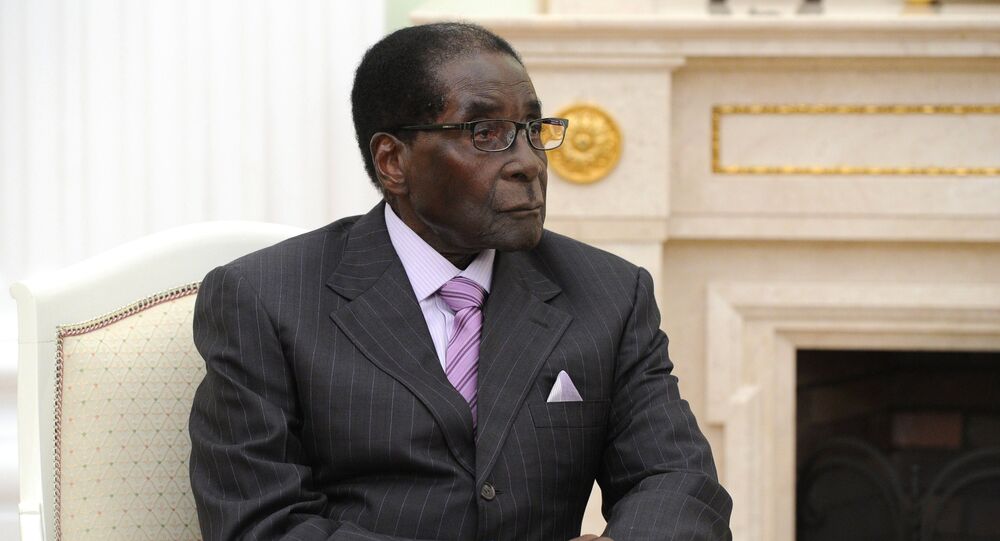 'Mugabe is Going to Be Impeached' - Party Envoy to Sputnik

After Zimbabwe's president failed to resign at the demand of the Zimbabwean African National Union-Patriotic Front (ZANU PF) on Monday, the party launched the motion to impeach him.

According to the motion, Zimbabwean President Robert Mugabe is responsible for "unprecedented economic tailspin" and endemic corruption in Zimbabwe.

The motion added that Mugabe had also taken no efforts to tackle corruption in the country.

"[We are] further concerned that the President has not taken any meaningful steps to stem endemic corruption which has become the country’s number one enemy," the document reads.

Speaking to Sputnik on Monday, Nick Mangwana, the ZANU PF representative in Europe, said President of Zimbabwe Robert Mugabe will certainly be impeached unless he resigns either today or tomorrow.

Earlier in the day, ZANU PF released the conditions for impeachment proceedings.

© AP Photo / Christopher Torchia
Zimbabwe Army Reportedly Stops Protesters Marching on Mugabe's Home (PHOTO, VIDEO)
On Sunday, Mugabe was stripped of leading posts in the party during a special meeting of the party's central committee, which also demanded that he must resign before Monday afternoon, otherwise the impeachment process will be initiated.

The political situation in Zimbabwe deteriorated after the country's military placed Mugabe under home arrest last Monday in order to protect the citizens from "criminals" in the president's administration.the military also seized control of a TV center and vlocked the parliament buildings. The move was made after Mugabe, who has been ruling the country for over 30 years as both president and prime minister, dismissed and ousted from the ruling party his first vice president, Emmerson Mnangagwa, who was considered as a likely successor and enjoys the military’s support.