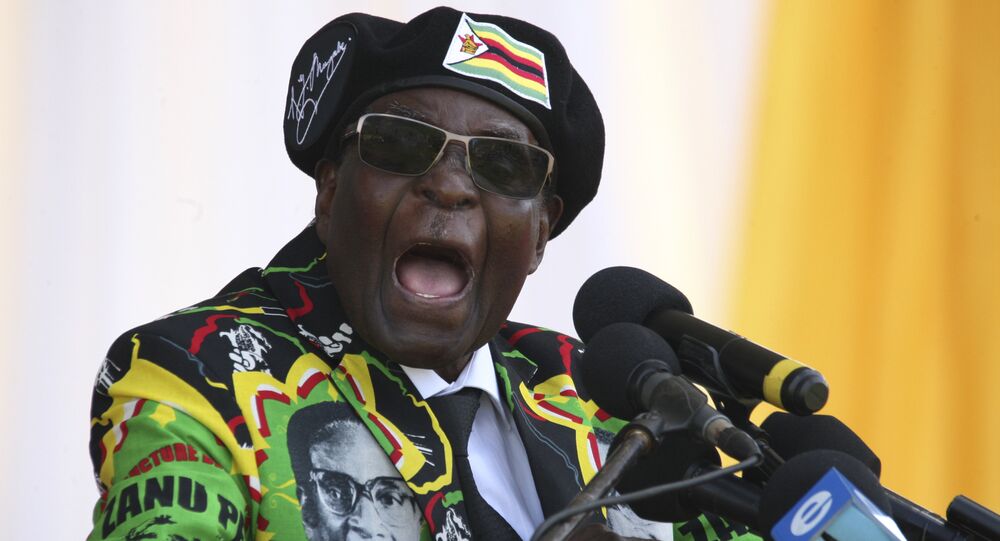 The publication comes in the wake of unrest in Zimbabwe, with media reports suggesting that President Robert Mugabe has been under heavy guard amid rumors of his upcoming removal from power.

South African broadcaster eNCA has confirmed Mugabe's talks with the country's delegation that are aimed at finding a solution to the turmoil, while President Jacob Zuma has stated in parliament that the situation in Zimbabwe "very shortly will be becoming clear."

The meeting comes in the wake of unrest in Zimbabwe, which has occurred as a result of tensions after Mugabe fired deputy Emmerson Mnangagwa, who enjoys military support last week, with the army chief threatening to "step in" and calling on the country's leader to stop the "purge" in the ruling party.

Earlier this week, the ruling party in Zimbabwe has announced that the country was in a "bloodless transition" of power from 93-year-old Robert Mugabe, who had reportedly been heavily guarded by the military and preparing to announce his resignation.

READ MORE: Mugabe Must Resign in the Interest of People of Zimbabwe — Opposition Leader

© REUTERS / Philimon Bulawayo
Unrest and Uncertainty in Zimbabwe: What Will the Country's Military Do Next?
The situation has been previously commented on by the leader of neiboring South Africa, Zuma, who stated that he had been contacted by Mugabe, who had been "confined to his home but said that he was fine."

After media reports had emerged claiming that armored vehicles had been moving toward the Zimbabwean capital, while the military had allegedly seized the state-run television broadcasting station ZBC, the African Union has stated that the crisis "seems like a coup."

Most recently, an opposition leader called on Mugabe to resign, saying that his removal from power would be in the interest of Zimbabwe's residents.