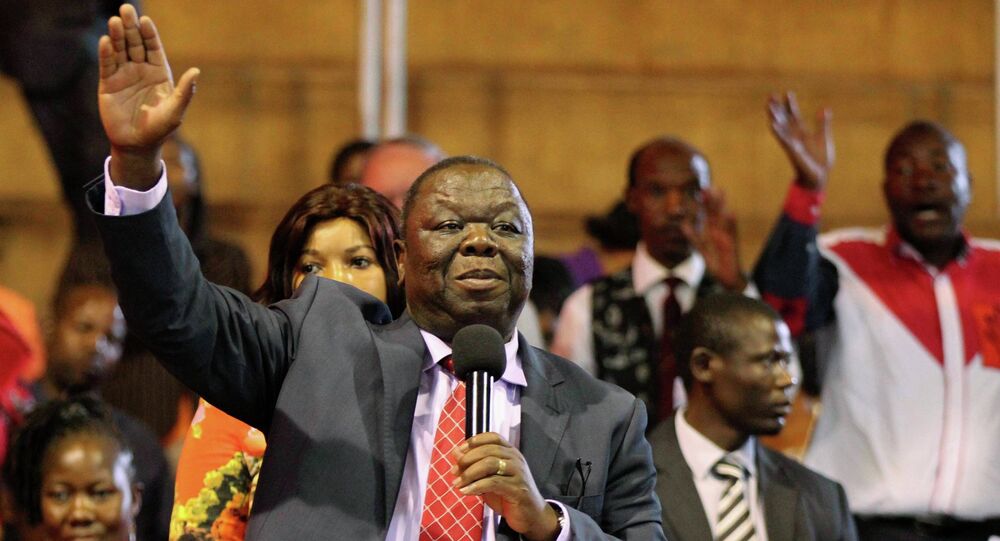 Zimbabwe’s former Prime Minister Morgan Tsvangirai was among several politicians seen flying to the capital of Harare Thursday after the military seized power this week.

MOSCOW (Sputnik) — An opposition leader and former deputy of the nation’s long-serving President Robert Mugabe, Morgan Tsvangirai, was on the plane from Russia alongside two other ministers, Sky News reported.

© REUTERS / Philimon Bulawayo
US Senator Inhofe 'Encouraged' by Zimbabwe Military’s Rejection of Mugabe
The Zimbabwean army took over power early on Wednesday, confining the 93-year-old president to his house and claiming it was targeting criminals around him. The African Union has said this looks like a coup.