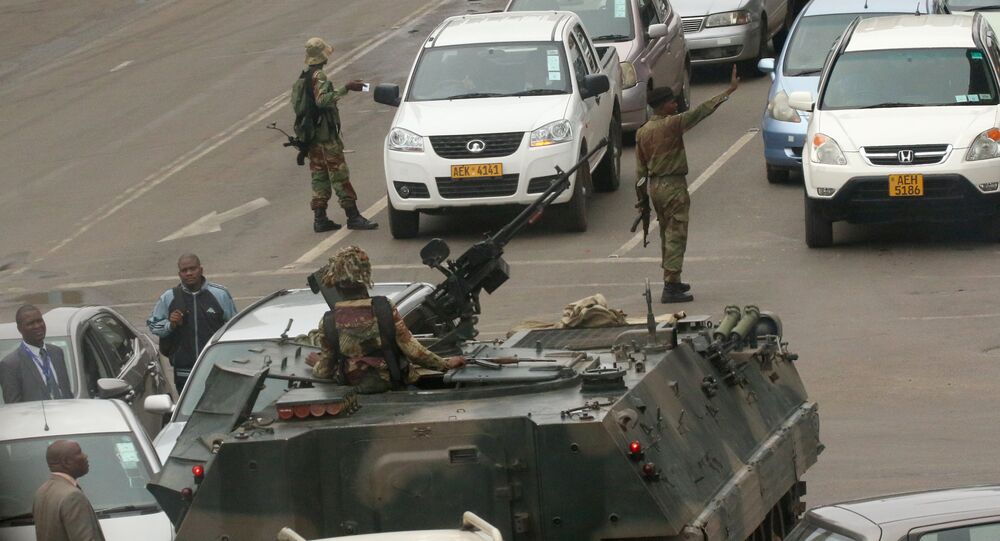 Media reports have suggested a coup attempt in Zimbabwe in the wake of the announcement by the ruling party that the country was in a "bloodless transition" of power from long-time leader Robert Mugabe, who had been reported to be heavily guarded by the military and preparing to announce his resignation.

The African Union has stated that the crisis in Zimbabwe "seems like a coup" and urged for respect of the country's Constitution.

According to the head of the African Union, Alpha Conde, who is also Guinea's president, the organization condemns the actions of the military in  Zimbabwe as "clearly soldiers trying to take power by force".

The statement comes in the wake of the announcement by the ruling party in Zimbabwe that the country was in a "bloodless transition" of power from 93-year-old Robert Mugabe, who had reportedly been heavily guarded by the military and preparing to announce his resignation.

The situation has been previously commented on by the leader of neiboring South Africa, President Jacob Zuma, who stated that he had been contacted by Mugabe, who had been "confined to his home but said that he was fine."

The unrest comes in the wake of the tensions over the dismissal of the likely former successor of the Mugabe, who enjoyed the support of the military, with the head of the army's General Staff calling on Zimbabwe's leader on Monday to stop the "purge" in the ruling party.