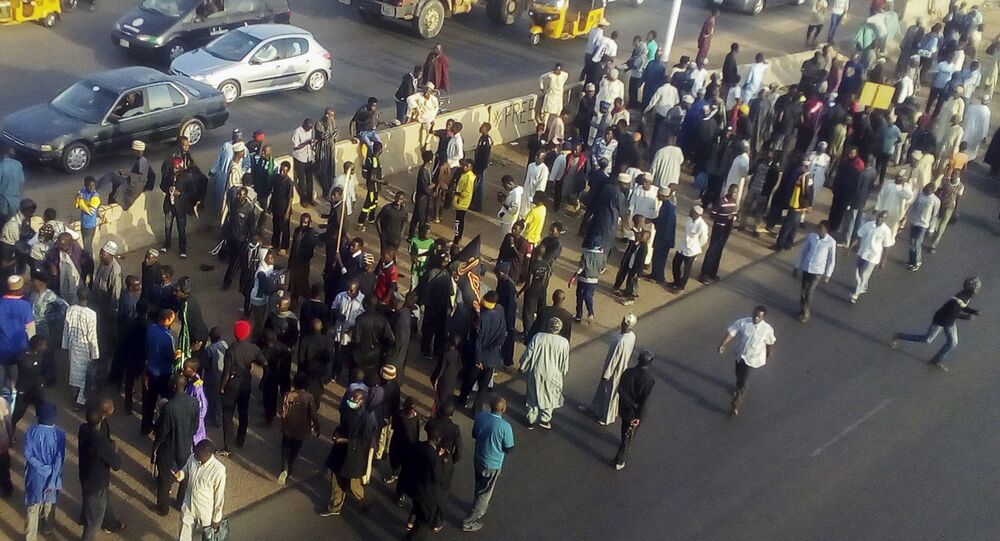 Four people were killed when Nigerian security forces fired on supporters of the Islamic Movement in Nigeria (IMN) during an annual religious march in the country’s north.

The attack occurred on Sunday, when IMN members gathered in the city of Kano to mark Arba’een — the 40th day after the martyrdom anniversary of Imam Hussein, the third Shia imam and the grandson of Prophet Mohammad, about 1,400 years ago.

© AP Photo / Sunday Alamba
At Least 4 Civilians Killed, 8 Injured in Attack in Northeast Nigeria - Police
IMN spokesman Yosuf Abdullahi described the incident as an “unprovoked attack,” and “yet another atrocity against peaceful and defenseless citizens who exercised their fundamental freedom of religion and association, violating no law.”

The police authorities in Kano have denied using live bullets and killing any mourners.