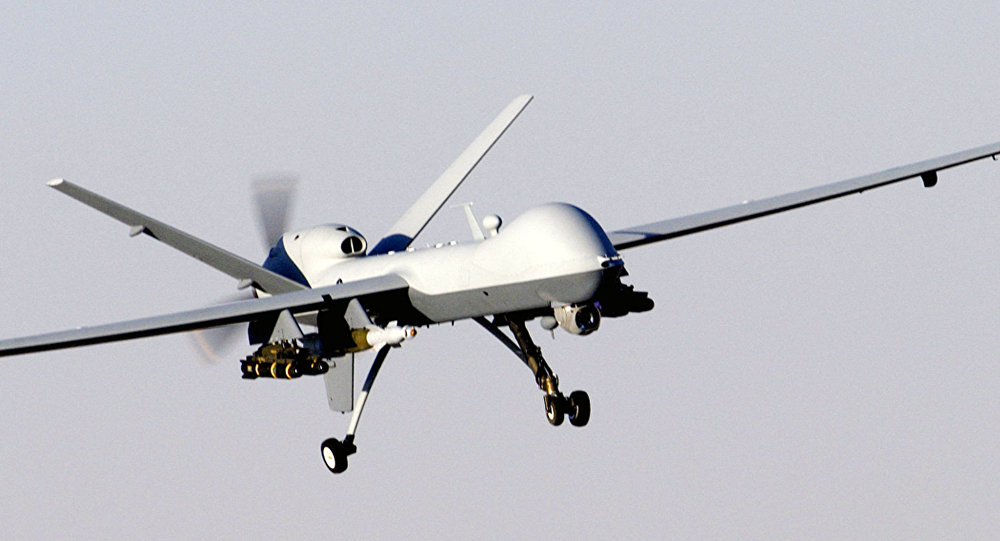 The expanding US war campaign in Somalia, which has seen a fourfold increase in the number of soldiers in the nation since the start of 2017, carried out two drone strikes Friday against Daesh militants.

"The first strike occurred at about midnight East Africa Time, with the second strike taking place at about 11 a.m.," somewhere in northeastern Somalia, the Defense Department said in a November 3 news release.

"US forces will continue to use all authorized and appropriate measures to protect Americans and to disable terrorist threats," AFRICOM said, adding that "no civilians" were present near where the strikes occurred. "They struck their intended targets," ultimately killing "several terrorists."

​Pentagon Africa Command spokesman Lt. Com. Anthony Falvo told the Associated Press it was the first such drone attack in Somalia of the year. The strikes are also being reported as the first salvoes by the US against Daesh in Somalia.

​Data compiled by the Bureau of Investigative Journalism show that US aircraft — conventional and drone — have conducted 17 strikes in Somalia during 2017 operations, leading to an estimated 38-42 deaths. In 2016, US drone strike casualties in the east African nation tallied at least 204.

The Bureau of Investigative Journalism
US Drone Strikes in Somalia

Al-Shabaab, a militant group that pledged loyalty to Islamist militant group Al-Qaeda in 2012, has carried out al-Qaeda style attacks on civilians in Kenya, Uganda and Djibouti in addition to Somalia. Now, AP reports, Daesh fighters have split from the group and are posing a threat of their own.

The battle between the Somali government and Al-Shabaab has picked up recently, but the insurgents have pushed on for decades. The Somali president declared a "a state of war" this week after seeking military support from neighboring nations in the wake of the truck bombing in Mogadishu October 14 that killed 358 and wounded scores more, according to AP.

Local elders told the AP thousands of Ethiopian troops, armored personnel carriers and tanks started crossing the border into Somalia November 2 — in addition to the troops contributed under the African Union Mission in Somalia. 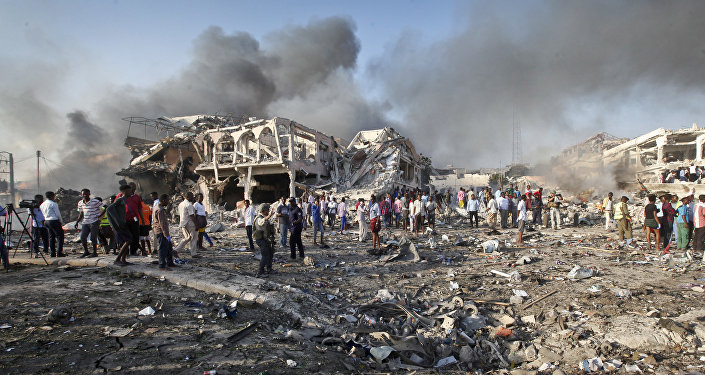 According to Stanford's Mapping Militant Organizations Project, Al-Shabaab has Islamist, jihadist and Salafist ideological roots and goals. In 2009, then-Secretary of State Hillary Clinton accused Eritrea of providing al-Shabaab with funding and threatened to "take action" if the support wasn't cut off, the Daily Beast reported.

Asmara routinely denies such allegations, according to Reuters. Eritrean Information Minister Ali Abdu told Newswire service, "the United States has given Somalia 40 tons of weapons and ammunition. Do they think the situation is helped by imposing the power of fire?… We do not care about the US threat at all."