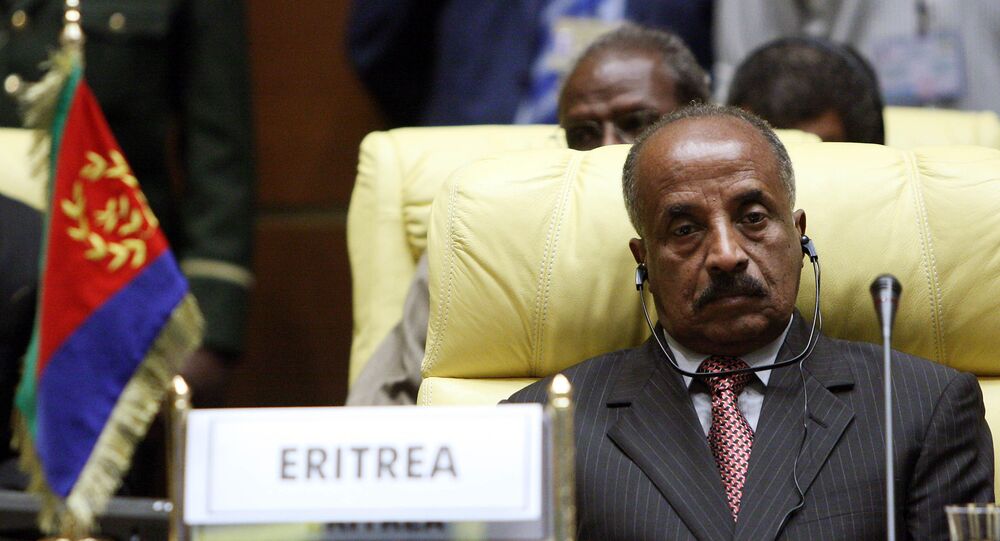 Security forces allegedly killed 28 student protesters and injured 100 others in the Eritrean capital city of Asmara on Tuesday. Police opened fire on students protesting the government of President Isaias Afwerki, often criticized as one of the world’s most oppressive and abusive regimes.

The protests were reportedly a response to the government seizure of Al-Diaa Islamic School, a Muslim religious school of about 3,000 students. Police also tried to arrest the school's president, Haj Mussa, but the students resisted the takeover, leading to a brawl between police and the students that soon spilled into the streets.

The figure of 28 killed came from the Red Sea Afar Democratic Organization, an anti-government insurgent group that opposes Afwerki's government. Their spokesman, Nasredin Ali, called the protests an "uprising" and "revolt" against Asmara as well as a "categorical rejection of the regime."

"Following the refusal to hand over the school, some 40 people were arrested and this led to the massive protests," he said. "The army is bringing forces from outside the capital." Ali's casualty claim has not been independently verified.

The US embassy in Asmara reported gunshots and advised people to stay away from the downtown areas where the protests were taking place. They also reported a significant police presence, but did not report casualties.

Despite a plethora of evidence of the violence surfacing online, the Eritrean government has denied that any blood was spilled, and claims the police were able to peacefully break up the demonstration without any casualties. Information Minister Yemane Gebremeskel called the photos and videos of the bloodshed "false reports."

The "small demonstration by one school in Asmara dispersed without any casualty hardly breaking news," Meskel tweeted."

For almost 30 years, Eritrea waged a war of independence against Ethiopia. Although many different factions fought against Ethiopia, the most prominent one was Afwerki's Eritrean People's Liberation Front (EPLF), a Marxist-Leninist group. Eritrea gained its independence in 1991.

Since then, Afwerki and the EPLF have remained in control of the country, with Afwerki acting as president and the EPLF as the nation's sole political party. Human rights groups such as Amnesty International and Human Rights Watch have accused the East African leader of widespread human rights abuses, including arbitrary arrests and torture of political opponents.

Eritrea has also been accused of a program that amounts to the de facto enslavement of the population through indefinite conscription into the armed forces. Eritrea is Africa's 40th biggest economy, but it has one of the largest and best-funded militaries, spending 20 percent of its GDP on defense.

Despite the country being nominally at peace, Eritrea is one of the top producers of refugees in the world due to its dismal human rights conditions, with the UN refugee agency reporting about 500,000 residents fleeing to Ethiopia and elsewhere in 2015. The isolated, militaristic and repressive nature of the Asmara government has earned Eritrea the nickname "the North Korea of Africa."

Eritrean leaders deny the charges of repression. Speaking to Spiegel Online, Gebremeskel called the enormous number of refugees a "fantasy number. It's no more than a few hundred." Those that left "simply want to work or study abroad. Migration is part of human nature, and it will always exist."