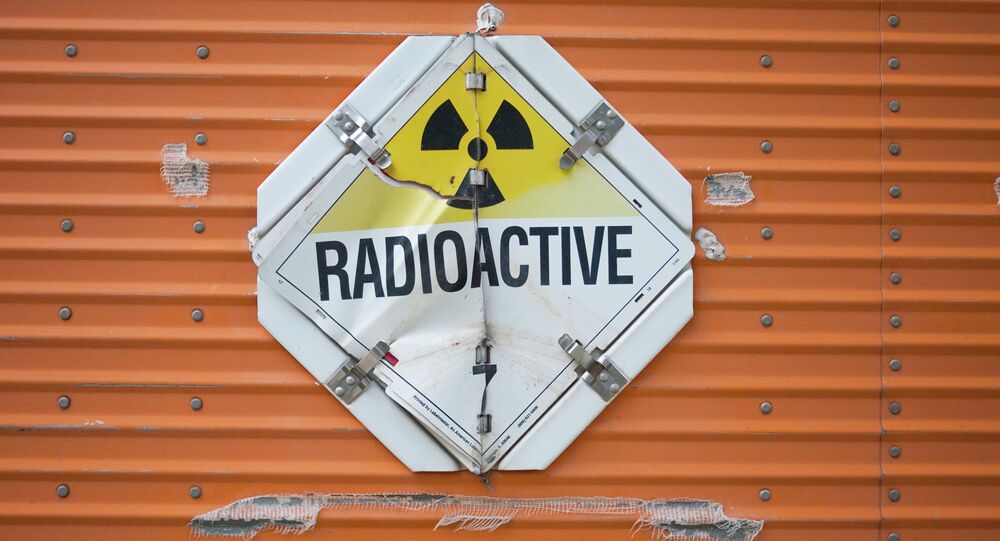 Mass Destruction: Why Old Chinese Nuclear Reactors in Africa Must Be Upgraded

Chinese specialists, aided by US technicians, have successfully replaced a Chinese-made nuclear reactor in Ghana that was producing highly-enriched fissionable materials easily used in making nuclear bombs, with a safer, more reliable version. The problem is, there are four more to go.

In August, a joint effort between Chinese and US nuclear specialists resulted in the successful replacement of an older Chinese-designed nuclear reactor located in Ghana.

The old reactor, called GHARR-1, served primarily scientific purposes, and was a so-called miniature neutron source reactors (MNSR), that could only generate about 30kW of thermal energy.

"The reactor is designed for use in universities, hospitals and research institutes, mainly for neutron activation analysis, production of short-lived radioisotopes, education and manpower development," reads the article in World Nuclear News describing the China-developed power plant.

In practice, it would require a lot of the material, and bombs are usually made of 85 percent (or higher) enriched stuff. Having 90.2 percent enriched uranium lying around in a region notorious for terrorist activity is probably not a good idea.

Considering the spread of terrorism, some radical group getting their hands on highly-enriched nuclear material could lead to some very bad consequences, particularly now that Daesh is being pushed out of Syria and Iraq. Fanatics forced to flee the Middle East have begun their crawl toward Africa and could see the opportunity of seizing fissionable materials for the purpose of mass destruction.

With all that potentially dangerous material lying around the solution is to replace HEU cores with low-enriched materials, called LEUs. LEU cores operate on less-than-twenty percent enriched uranium, rendering their use as an exploding agent ineffective.

The initiative to replace the GHARR-1 reactor with an LEU core first emerged in 2006 although the idea was postponed for almost ten years. It was not until 2014 that the actual effort began, according to data from Africa Times.

It is likely that the long and difficult story of US-Chinese nuclear cooperation, riddled with numerous allegations of espionage and theft, colorfully described by Science.com, contributed to the length of the operation.

Mutual distrust between the superpowers has spanned decades, as the Chinese are still expecting a formal apology for a 1999 US House report alleging that China used low-level lab-to-lab cooperation to conduct nuclear espionage while stealing US nuclear weapon technology.

Experts say the 1999 report is false, but the US government has not yet acknowledged the accusations.

"There is no evidence presented in any report that Chinese scientific visitors have abused their privilege in visiting the United States," wrote a quartet of experts from Stanford University's Center for International Security and Cooperation in Palo Alto, California, in 1999.

© Sputnik / Pavel Lisitsyn
Russian Scientists Develop Software for Next-Gen Nuclear Reactor Technology
In 2016, the old core was removed and left sitting "just outside the GHARR-1 reactor hall, encased in a 3-meter-high cask beneath a black tarp, with a Ghanaian soldier cradling an automatic weapon nearby," according to Science.com.

It has taken another year to install the new LEU core into the reactor, and all experiments and several dissertations were put on hold until the job was done. The old removed reactor core was transported back to China in secrecy.

But there remain extant four more old-style reactor cores requiring replacement, according to the International Atomic Energy Agency. One in Iran, a country that is ostensibly in control of its territory and its nuclear-power facilities. Another is in Pakistan, a nuclear-armed country which in continual conflict with India, and, to hear the US State Department tell it, a hotbed of global terrorism, including its notorious hosting of arch-terrorist Osama bin Laden.

The third old-style reactor is in Nigeria, where violent religious fundamentalist group Boko Haram is said to reside. The Islamic terrorist organization pledged allegiance to Daesh when Daesh was a threat.

© AP Photo / Ahn Young-joon
South Korean President Approves Resumption of Nuclear Reactor Projects
The fourth and final old-style reactor containing fissionable material that could be used to make a nuclear bomb is in Syria, where Russian-backed Syrian armed forces have destroyed what remained of Daesh and its cousin group, the Nusra Front. The territory encompassed by Syria and surrounding states is in such disarray that international scholars throw up their hands in despair.

The US-Chinese team still has a lot of work to do, and with various armed militants wandering the landscape, it needs to be done quickly. But the Chinese still want an apology for the inaccurate 1999 US House report, and that is holding things up.

"China has said that if the United States does not acknowledge past cooperation as legal and mutually beneficial, then there is no basis for moving ahead," said Tong Zhao, a nuclear policy analyst at the Carnegie-Tsinghua Center for Global Policy in Beijing, according to science.com.

The ball is in the US court, even as heavily-armed militants are on the move.