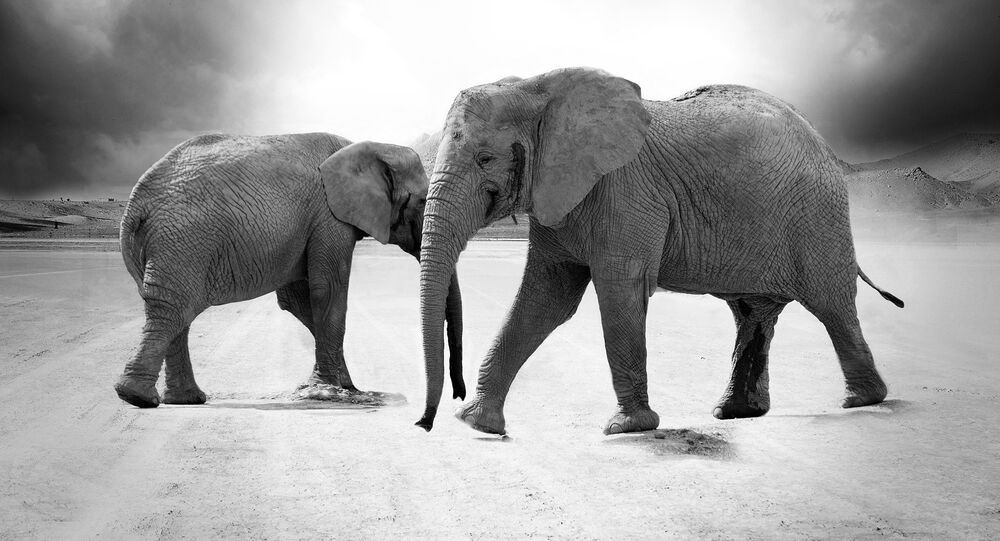 Three people have been charged with the murder of elephant conservationist Wayne Lotter, who was gunned down in Tanzania. Sputnik spoke to a leading conservationist about the "very, very dangerous" people behind elephant poaching in Africa and why UK government plans to ban the ivory trade were a step in the right direction.

Three people have been charged with the murder in Tanzania of leading elephant conservationist Wayne Lotter, who was assassinated in the capital, Dar es Salaam, in August.

Wayne Lotter, a South African, founded an NGO which provided conservation and anti-poaching support to communities and governments across Africa and had received numerous death threats relating to his work since he began in 2009.

​Will Travers, President of the Born Free Foundation, knew Lotter and said he had paid the price for working in an "extremely dangerous environment."

"He was one of the most charming, unassuming, unpretentious individuals. It was not 'all about me' with him. It was about empowering people," Mr. Travers told Sputnik.

Around 20,000 African elephants are killed by poachers each year — that is roughly 55 a day.

The illegal wildlife trade is estimated to be worth at least US$19 billion per year and thought to be the fourth largest transnational illegal trade, after narcotics, counterfeiting, and human trafficking.

© Photo : Born Free Foundation
Ivory tusks, seized from poachers, are burned
Britain is the biggest exporter of legal ivory in the world but on Friday, October 6, the British government announced plans to ban the ivory trade altogether.

Currently antique ivory, produced or carved before 1947, can be bought and sold but the proposed legislation would outlaw all ivory, with a handful of exceptions such as museum pieces and ivory linear keys on antique pianos.

"Nobody is killing elephants to make ivory keys for pianos. That is an exemption we can live with," Mr. Travers told Sputnik.

Massive Demand From the Far East

He said the majority of ivory went to the Far East where it is made into chopsticks, mah jong tiles, bangles or figurines.

"Some people just buy it as an investment. Some people with a warped mind will consider it a way of getting hold of something which is getting rarer every day," Mr. Travers told Sputnik.

© Photo : Born Free Foundation
African elephants in the wild
"The Tanzanian government buried its head in the sand for a long time but eventually woke up and Wayne Lotter became part of an extremely effective plan to target the big players. They were going for the big fish, those who are organizing the poaching and the export of the ivory," Mr. Travers told Sputnik.

"You are dealing with very, very dangerous people and they clearly commissioned a contract killer," said Mr. Travers.

He said the murder of a "white conservationist" got much more publicity than the deaths of the 1,000 rangers who had been killed in Africa protecting wildlife.

"Those rangers never get the publicity or the support for their families, but they are on the frontline, protecting elephants for us," Mr. Travers told Sputnik.

​On Monday, October 9, Khalid Mwinyi, 35, a banker, and his sister Rahma "Baby" Mwinyi, 37, a businesswoman, appeared in Kisutu resident magistrates court in Dar es Salaam charged with murder, along with Mohamed Maganga, 61, a cleaner.

They are expected to face trial next year.