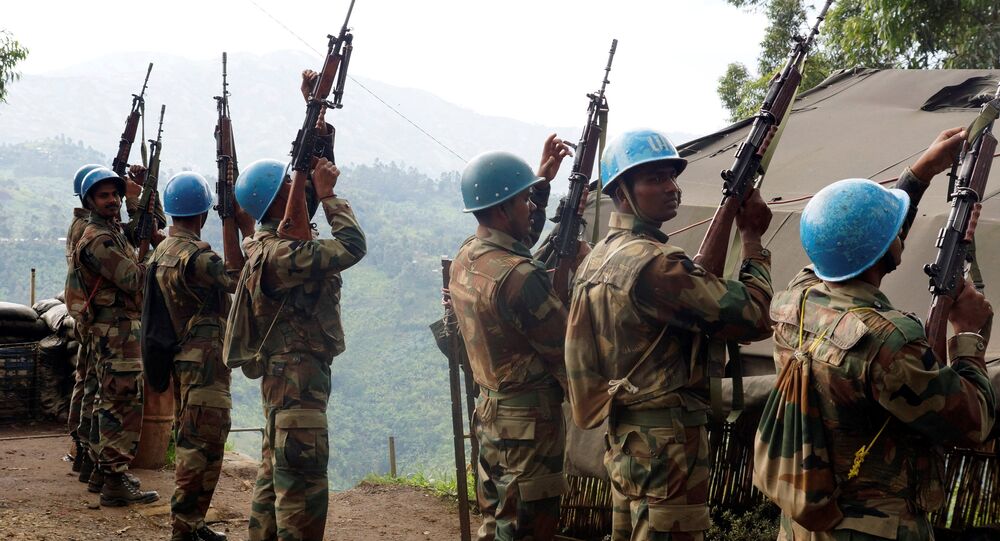 NEW DELHI (Sputnik) — Indian troops deployed in war-ravaged Congo under the United Nations banner came under a rare frontal attack by militants on Friday. The Indian Army has confirmed that two rebels were killed in the retaliatory action.

"Since the beginning of 2017, the rebels have regularly attacked Army positions in North and South Kivu. On October 6, the Indian battalion had strongly repelled one such attack. During the operation, two rebels were gunned down and two others were injured. Two Indian soldiers also suffered minor injuries," a defense official said.

It is said that more than 30 armed rebels had targeted the Indian troops at Lubero.

"At around 02:00 GMT, a group of armed men, probably Mai-Mai, attacked the MONUSCO (UN mission in the DRC) position near central Lubero," General Bernard Commins, Deputy Chief of the UN troops in the restive country, further added.

Last month, Indian troops had extricated 22 children including six girls from Nyabiondo who were kidnapped by rebels to use them as child soldiers. The Indian troops had also foiled an attempt by the rebels to displace an entire village involving more than 200 families in the Miriki area.

Presently, more than 2,600 Indian troops are deployed as peacekeepers under the UN flag in the Democratic Republic of Congo. They conduct 2,300 patrols per month to ensure the protection of civilians.