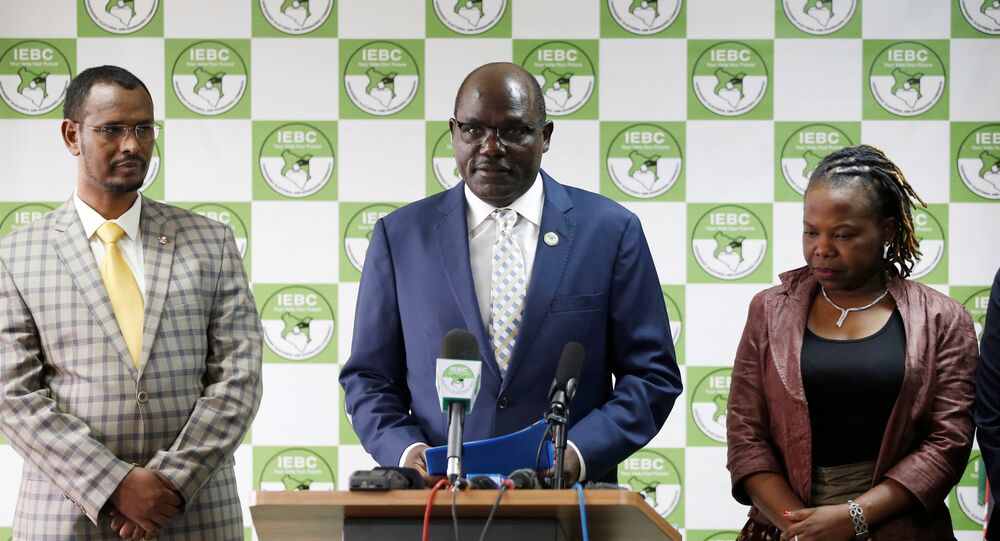 Keyan electoral commission reports that the country will hold the presidential election rerun on October 17.

© REUTERS / Baz Ratner
Kenya's Election Commission to Make Internal Changes to Prepare for New Vote
According to the statement, there will be no new nominees in the election.

Kenya's held its presidential election on August 8. On August 11, the IEBC declared incumbent President Uhuru Kenyatta the winner with 54.27 percent of the votes. His main rival Raila Odinga, from Kenyan opposition National Super Alliance (NASA), received 44.7 percent of the votes. Odinga vowed to challenge the results in the Supreme Court, claiming that the voting system had been hacked.

On Friday, Kenya’s Supreme Court ordered the cancellation of the results of the presidential election and ordered that another vote be organized within 60 days.