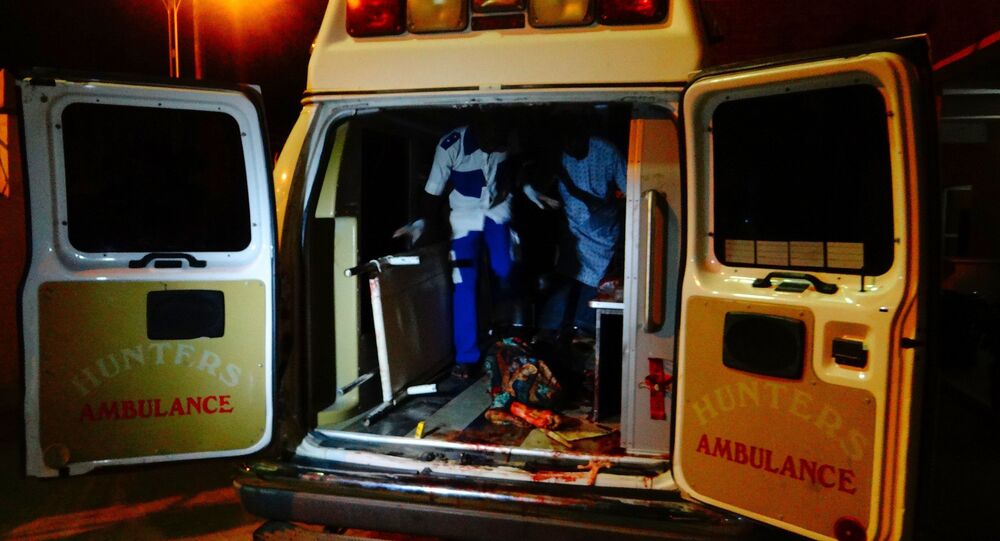 At least 30 people were killed and more than 80 others injured in three suicide attacks supposedly performed by the Boko Haram terrorist group (outlawed in Russia) near a market and a refugee camp in the Nigerian town of Mandarari, local media reported Wednesday.

MOSCOW (Sputnik) – Twenty-eight people were initially killed at the scene, and two others died in a state-run hospital in the neighboring town of Maiduguri, a hospital medic said, as quoted by the CNN broadcaster. He added that the death toll might rise.

"The first bomber struck outside the IDP [internally displaced persons] camp overlooking the market around 6 p.m. local time [17:00 GMT] hitting some people and causing confusion as people tried to flee," local militiaman Bukar Kyari said, as quoted by the broadcaster.

© AP Photo / Jerome Delay
At Least 27 Killed, Dozens Injured After Suicide Bomber Attacks Nigerian Market - Reports
The attacks were performed by three female suicide bombers and occurred on a weekly market day when local people buy and sell food, clothing and livestock at the market, according to reports.

No one has claimed responsibility for the attack yet. It was Boko Haram that had performed similar attacks in the region previously.

Boko Haram is a militant organization affiliated with the Daesh terrorist group, outlawed in many countries, including Russia and the United States. The organization is responsible for a range of kidnappings and suicide bomber attacks in Nigeria, as well as in the neighboring African states. According to a West Point study published last week, most of the suicide bombers of the Boko Haram terrorist group are women or children.