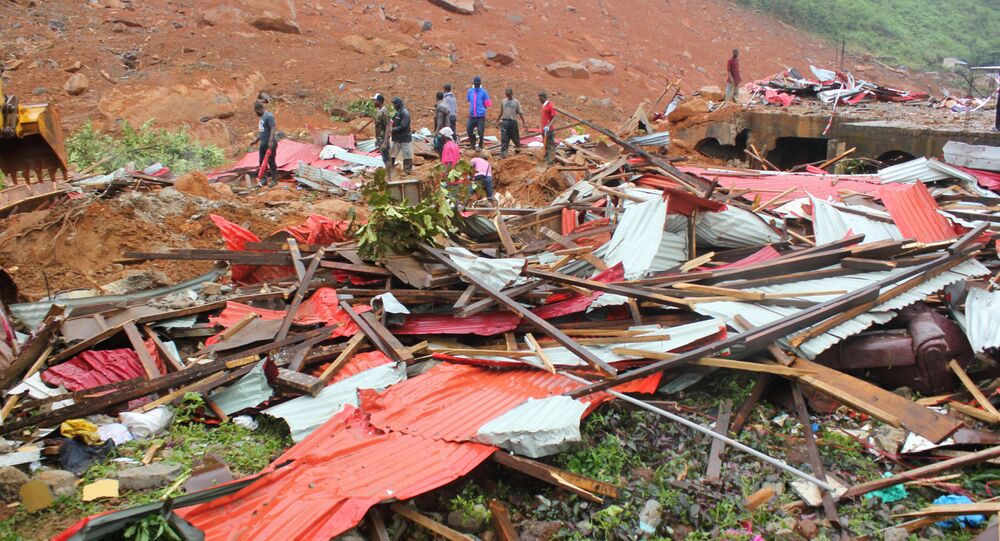 Some 600 People Missing After Landslides in Sierra Leone - Red Cross

At least 260 people have been recovered and 600 people are still missing after the deadly mudslides that hit Sierra Leone on Monday, according to the statement of the International Federation of Red Cross and Red Crescent Societies (IFRC).

MOSCOW (Sputnik) — The number of people who are still missing as a result of the deadly mudslides that hit Sierra Leone on Monday amounts to some 600 people, the International Federation of Red Cross and Red Crescent Societies (IFRC) said in a press release on Tuesday.

"At least 260 people have been recovered. However, with 600 still missing, this figure is likely to increase. An estimated 3,000 or more people are believed to have lost their homes and are in immediate need of emergency assistance and shelter," IFRC said.

Earlier media reported that over 350 people were killed and about 2,000 lost their homes as a result of huge floods in Sierra Leone and a mudslide in the town of Regent, located near the capital of Freetown.

Save the Children Employee Among People Missing After Sierra Leone Mudslide

Israel to Provide Assistance to Sierra Leone Amid Deadly Landslides