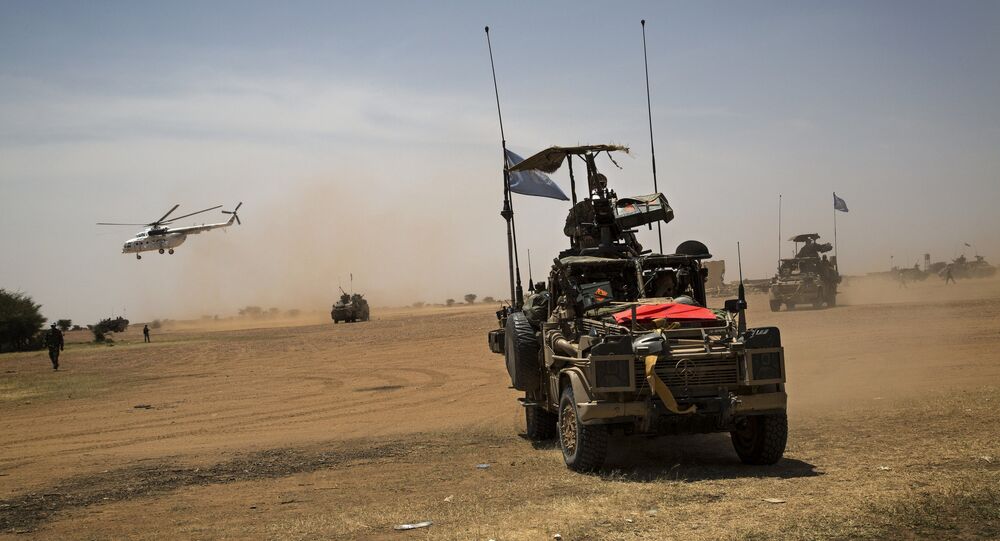 The United States is troubled by reports in Mali of killings of civilians and ceasefire violations stipulated in the Algiers accord, according to the US State Department.

© AP Photo / Markus Schreiber
German Defense Ministry Confirms Death of 2 Personnel in Mali Helicopter Crash
WASHINGTON (Sputnik) — The United States is troubled by reports in Mali of killings of civilians and ceasefire violations stipulated in the Algiers accord, the US State Department said in a press release.

"We are greatly disturbed at reports of reprisal killings of civilians and the discovery of unmarked grave sites in the areas of conflict," the release said on Monday.

The State Department said the ongoing violence violates a ceasefire deal in Mali between signatory armed groups in the 2015 Algiers Peace Accord.

The United States urges the groups involved in the conflict to end the hostilities and to comply with international law in addition to respecting human rights, the release stated.

Mali has been in turmoil since a military coup took place in 2012, triggered by the government's failure to deal with the separatist Tuareg uprising as well as the subsequent emergence of Islamic terrorist groups in the country.