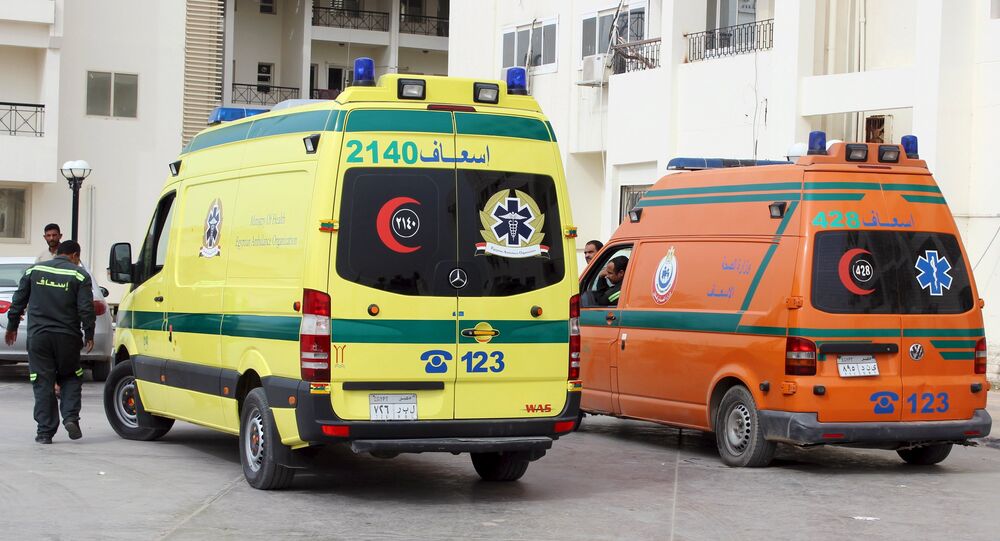 Two blasts in the northern part of the Egypt's Sinai peninsula killed five Egyptian police officers, according to media reports.

CAIRO (Sputnik) – Five Egyptian police officers were killed and six more injured as a result of two explosions in the northern part of the Sinai peninsula, local media reported on Monday.

The information has not been confirmed by the Egyptian officials yet.

© AFP 2020 / KHALED DESOUKI
Israel Closes Egyptian Border After Deadly Blasts in Egypt's North
Egypt has been fighting a jihadist insurgency in northern Sinai since the army overthrew then-President Mohamed Morsi in 2013. Police and security forces have been the target of deadly attacks by Islamists in the area.

In 2014, Sinai's indigenous militants pledged allegiance to the Islamic State group, which is outlawed in many countries, including Russia. The Wilayat Sinai, the IS branch in Sinai, has claimed responsibility for a number of deadly attacks in the area.