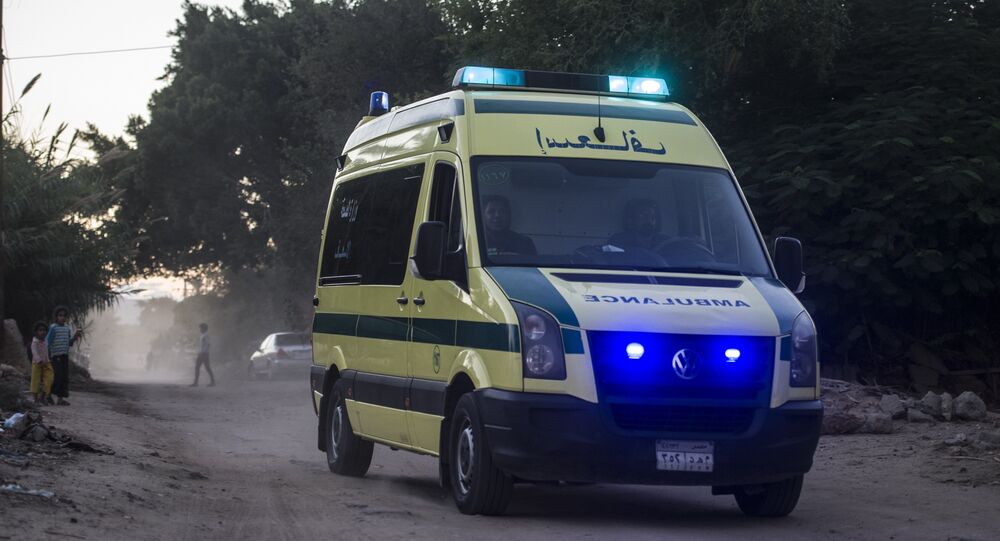 Two Ukrainian tourists were killed and four other tourists wounded by a knife-wielding attacker at an Egyptian holiday resort in Hurghada, though the motive for the attack was still under investigation, Egypt's Interior Ministry and security sources said on Friday.

According to the statement issued by the Ministry, a preliminary investigation showed the man appeared to have swam from a nearby public beach to access the holiday resort.

© AFP 2021 / Paul Vernon
Suspect in Ohio University Attack Shot Dead, Stabbed People With 'Butcher Knife' - Police
The assailant was arrested immediately after the stabbings. The motive behind the attack is still under investigation, the Ministry revealed in the statement.

The tourists were rushed to a local hospital, the ministry said, sharing no further details.

The incident has not been described as a terrorist attack. The attacker reportedly has mental issues.

"There is one our citizen [among the victims], but she has Russian and Ukrainian citizenship. She received superficial wounds, her life is not in danger," Russian Consul General in Hurghada Dzhamshed Boltaev told Sputnik said.

The Russian diplomat added that the consulate does not have information about other Russian citizens among the victims.

Earlier today, five policemen were shot to death in the city of Giza when suspected Islamic militants opened fire on their vehicle.

Egypt has been a popular resort for the residents of the former Soviet republics. Moscow has cut off flight transportation with the country after a passenger plane was downed over the Sinai Peninsula in autumn 2015.