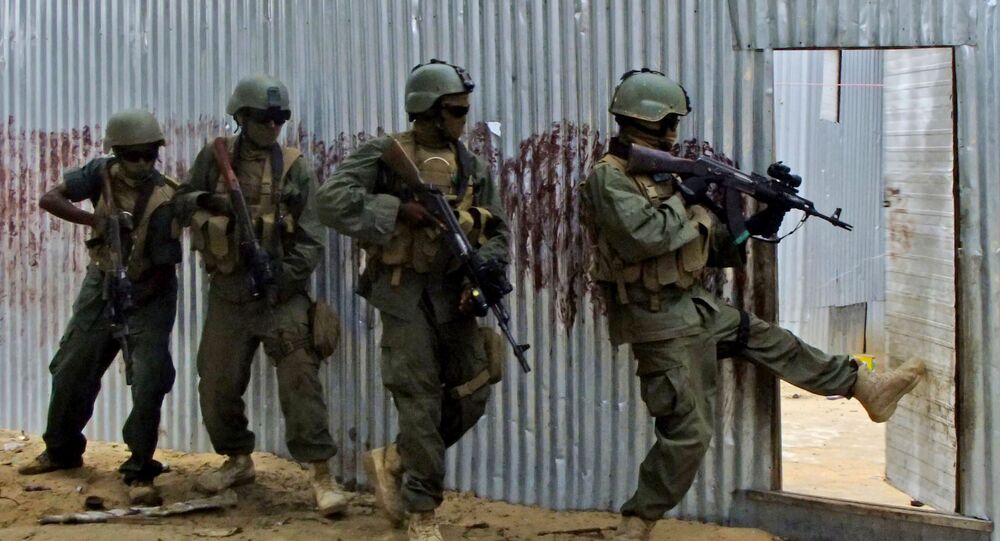 US Conducts Military Raid in Somalia on July 12

US forces took part in a raid with Somali National Army against al-Shabaab terror group on July 12, according to US Africa Command spokesperson Jennifer Dyrcz.

WASHINGTON (Sputnik) — The US military participated in a raid with Somali National Army against al-Shabaab terror group (banned in Russia) on Wednesday, US Africa Command spokesperson Jennifer Dyrcz told Sputnik.

"US forces conducted an advise and assist mission against al-Shabaab with members of the Somali National Army July 12 (if EDT) in Kunyo Barrow, Somalia," Dyrcz said on Friday.

© AP Photo / Mohamed Sheikh Nor
US Conducts Kinetic Strike Against Al-Shabaab in Somalia - AFRICOM
According to US media reports, the raid targeted a rebel-held village and a center where al-Shabaab detained civilians. A small number of terrorists were engaged in the fight, The Washington Post reported.

The Africa Command spokesperson noted that the terror group presents a threat to US citizens and American interests.

Al-Shabaab is one of the deadliest terror groups in Africa, which regularly targets civilians in public spaces such as hotels and restaurants.

US Conducts Kinetic Strike Against Al-Shabaab in Somalia - AFRICOM

US Troops Wounded in Somalia During Clash With al-Shabaab