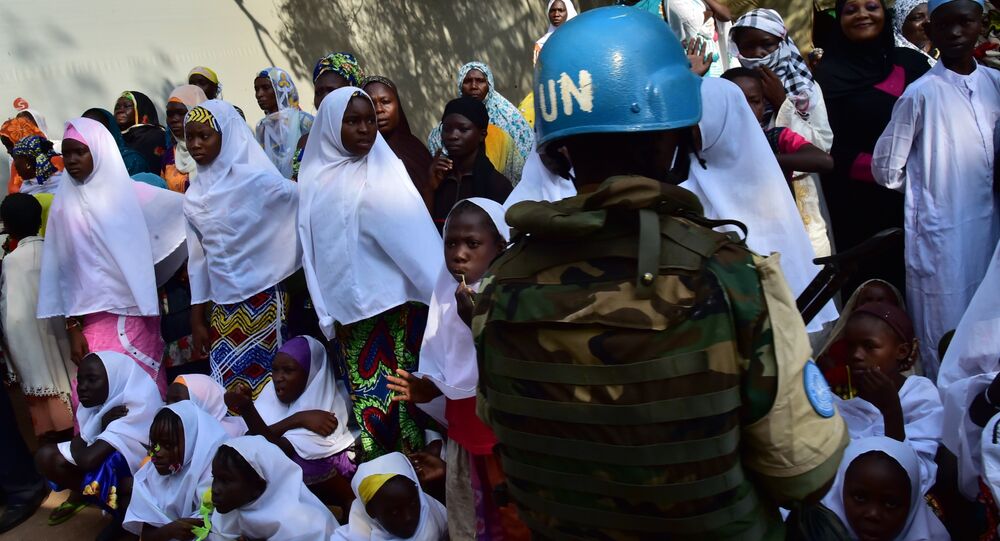 The government of Congo made a decision to withdraw its military personnel from the UN Mission in Central African Republic (CAR) following a scandal with confirmed cases of sexual harassment, Office of the Secretary-General’s spokesperson said in a statement.

UNITED NATIONS (Sputnik) — According to the statement, nature and extent of existing allegations of sexual exploitation and abuse, in their totality, point to systemic problems in command and control.

"The outcome of the review has been shared with the authorities of the Republic of Congo, who have decided to withdraw their military personnel deployed in MINUSCA [UN Mission in CAR]."

The UN Secretariat conducted a review of the deployment of Congolese military personnel in the UN Mission in CAR. It concluded that problems with command and control were compounded by lack of preparedness, poor discipline, issues with equipment maintenance and logistical capacity of the troops.

The Mission, established in 2014, currently has over 13,000 personnel, including approximately 12,000 uniformed personnel and over 1,000 civilian personnel, 600 military personnel come from Congo.