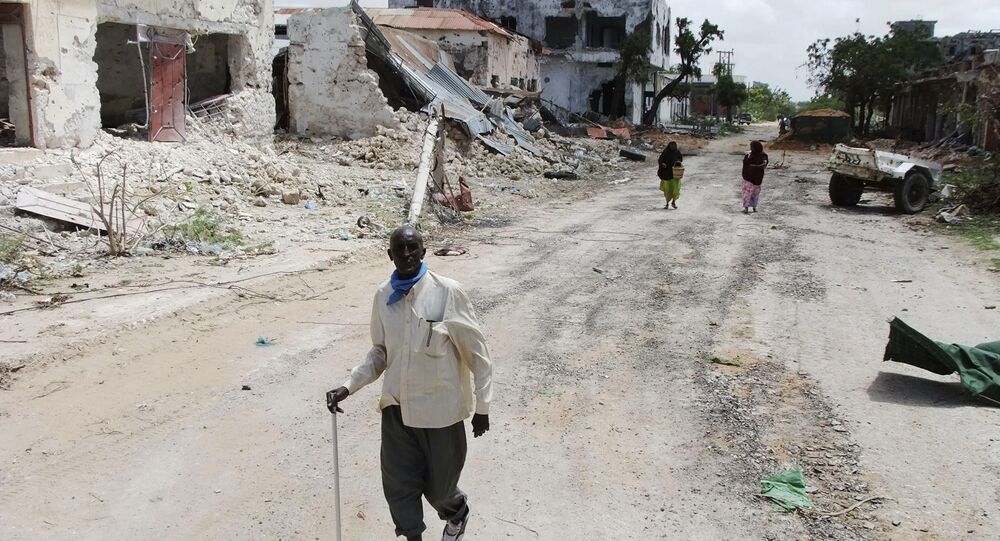 The US has conducted the first operation against the al-Shabaab terror group in Somalia on Sunday.

© AP Photo / Mohamed Sheikh Nor
Al-Shabaab Militants Attack Somalian Military Base Killing Dozens
MOSCOW (Sputnik) — The United States has conducted the first operation against the al-Shabaab terror group, allied to al-Qaeda (outlawed in Russia) in Somalia on Sunday, the US Department of Defense said in a statement.

"On June 11, at approximately 2 a.m. Eastern Daylight Time, the Department of Defense conducted a strike operation against al-Shabaab in Somalia. The operation occurred approximately 185 miles southwest of Mogadishu. The U.S. conducted this operation in coordination with its regional partners as a direct response to al-Shabaab actions, including recent attacks on Somali forces," the statement read.

The department added that the operation was carried out using powers approved by the US president in March 2017 allowing the military to conduct legal action against the militants.

On Thursday, al-Shabaab attacked a military base in northern Somalia killing at least 38 and injuring another 18.