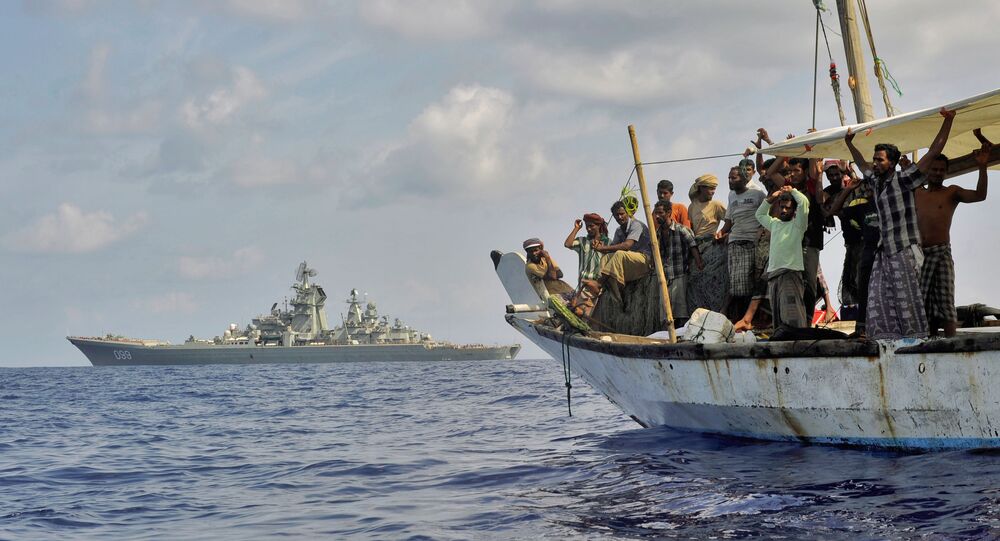 Pirates Release Russian National Kidnapped Off Nigerian Coast in May

A Russian sailor kidnapped by pirates off the Nigerian coast in May have been released, Russia’s embassy in Nigeria said Thursday.

MOSCOW (Sputnik) – Pirates have freed a Russian sailor who was taken hostage off the Nigerian coast in mid-May.

"Russian embassy in Nigeria informs about release of Russian sailor S. Zhimantas (vessel MV Glory), kidnapped by the pirates along with the other crew members on May 17 in the Gulf of Guinea," the embassy posted on its Twitter account.

© AFP 2021 / MOHAMED DAHIR
South Korean Fishing Vessel Likely Hijacked by Somalian Pirates
Pirates took hostage several sailors, including one Russian national May 15 off Nigerian coast, the embassy said on May 22, without specifying any details on the matter.

Previously, Russian nationals were attacked by pirates off Nigerian coast in February. Eight crew members, seven Russians and one Ukrainian, were kidnapped while the ship BBC Caribbean of the German Briese Schiffahrts cargo company itself was not seized. The company managed to agree with the pirates on the release of the sailors. In early March, all the crew members were released.