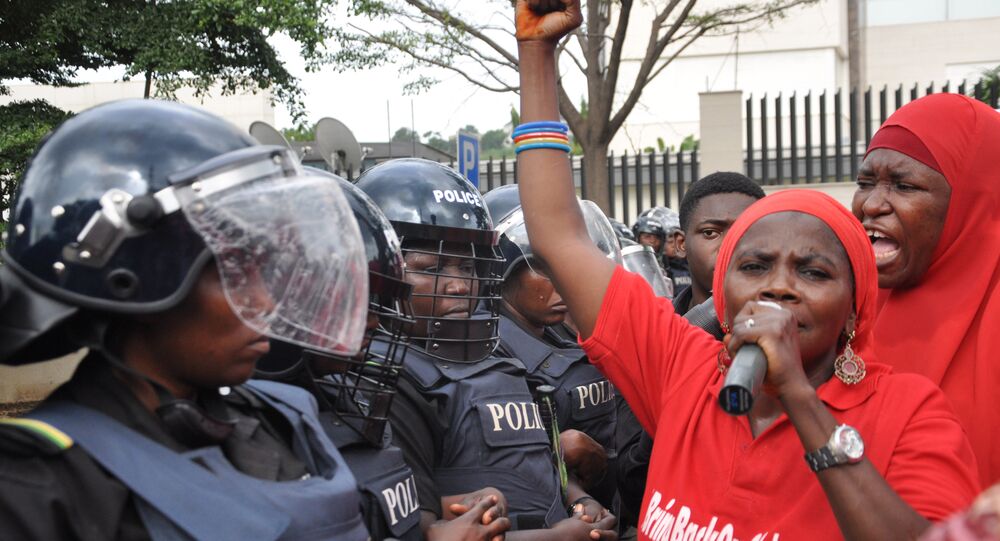 Former military chiefs have stolen as much as US$15 billion - a sum equivalent to half of Nigeria's foreign currency reserves - through fraudulent arms procurement deals and are profiting from Boko Haram using money laundering schemes based in the UK, United States, South Africa and Dubai, according to a report.

In its latest report, Transparency International says it has found that unpublished defense budgets and arms procurements are still open to abuse by corrupt officials seeking to benefit from the conflict with Boko Haram and launder stolen money abroad. Many deaths in the conflict have occurred while the military lacks vital equipment, critical training, and morale.

Decades of armed conflict has contributed to the humanitarian crisis in #Nigeria. We are working to ensure that the most basic needs are met pic.twitter.com/0TrztzySDs

"Since 2011, 50,000 people have lost their lives in the conflict with Boko Haram, while millions have been displaced. An estimated US $15bn has been stolen from the defense sector and billions of Naira spent annually without clear rationale," the report says.

"With oil prices low and conflict at a high, defense has become the new oil for Nigerian kleptocrats. Taking on the defense sector was a bold move by President Buhari.  But on their own efforts to bring the corrupt to justice are not enough. Detailed anti-corruption reforms are needed to prevent the next US US$15 billion quietly leaving Nigeria through the back door," Katherine Dixon, Director Transparency International Defense and Security said.

"The worst disease in the world today is #corruption. And there is a cure: transparency." — Bono. #CorruptionQuotes pic.twitter.com/EN2xKWcXlp

​"More spending does not mean more security without tackling corruption. The defense sector is a juicy target for corrupt military leaders seeking to pad their pockets. Without increasing transparency and oversight of our most secret sector, we will not succeed in keeping Nigerian wealth in Nigeria. Corruption in the defense sector only helps Boko Haram," said Auwal Musa Rafsanjani, Director of Civil Society Legislative Advocacy Center.

The report says that by far the most significant corruption opportunities are those exploited through inflating procurement contract values and creating "phantom" defense contracts. Such contracts are used as a vehicle for money laundering: facilitated via weak or corrupted Nigerian banks, illicit financial flows are often hidden in property in the UK, United States, South Africa and Dubai.

Transparency International is calling on the international community to prioritize anti-corruption clauses in their defense deals.