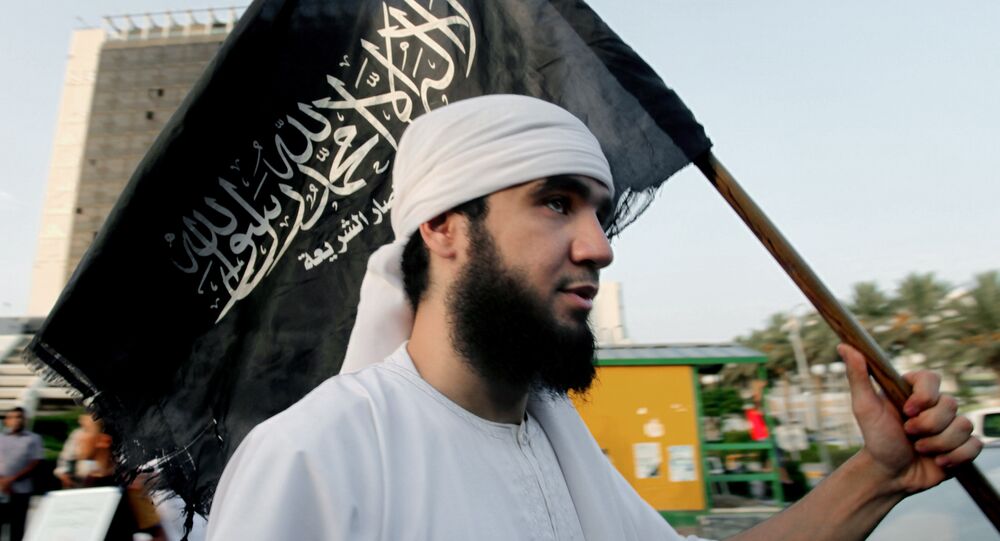 Down for the Count: Libyan Terrorist Group Officially Ceases to Exist

Having lost a considerable portion of its rank and file fighters and leaders, Libyan radical Islamist group Ansar al-Sharia publicly announced its dissolution.

© AP Photo / Manu Brabo
Libyan Parliament Supports Egypt's Airstrikes on Libya's Territory
According to the statement published online by the group, the decision to disband was made due to heavy losses sustained by Ansar al-Sharia during the ongoing conflict in the country, Al Arabiya reports.

Ansar al-Sharia emerged in Benghazi in 2011, quickly rising to prominence after the murder of the country’s former leader Muammar Gaddafi.

The group’s leader, Mohammed al-Zahawi, was killed in 2014 during clashes with Libyan National Army forces, and the subsequent leadership crisis prompted many of Ansar al-Sharia members to defect to Daesh (ISIL/ISIS), further crippling the organization’s manpower reserves.

Ansar al-Sharia was listed as a terrorist group by the UN, the US, the UK, the UAE and Turkey.

Furthermore, Ansar al-Sharia was allegedly responsible for the 2012 attack against the US government facilities in Benghazi, which claimed the lives of four US nationals, including Ambassador Christopher Stevens.