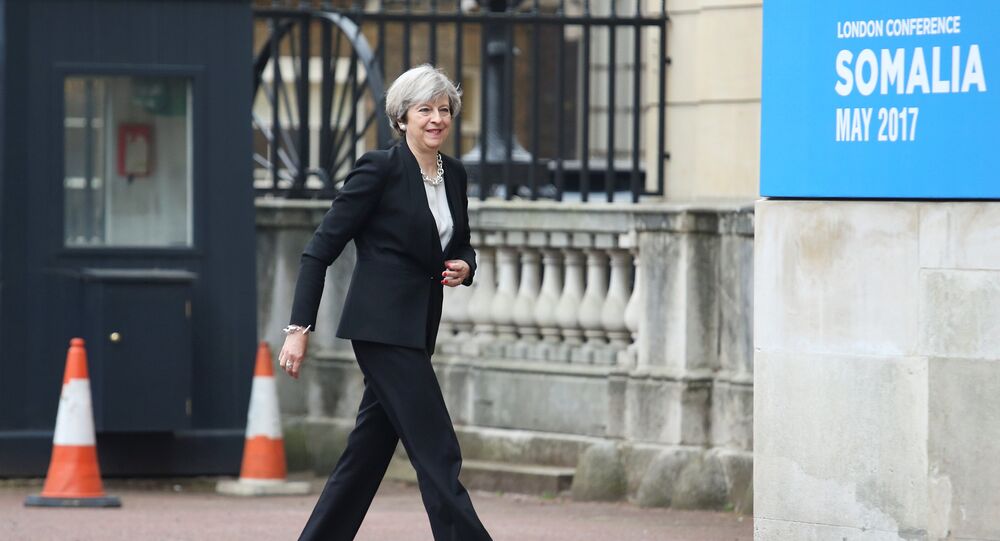 An international conference on Somalia opened in London on Thursday, May 11, with the purported intention of helping to set the ground work for transforming the war-torn African state into a flourishing democracy.

Somalia, which sits on the Horn of Africa, has been harassed by the al-Qaeda affiliated group, Al-Shabaab, for just over a decade, and plays host to gangs of pirates that target merchant vessels which regularly pass through the Gulf of Aden.

There is also an ongoing humanitarian plight caused by the worst drought in decades. Some of the areas hit hardest are those under the control of al-Shabaab.

The situation is so severe that on Thursday, May 11, UN Secretary-General Antonio Guterres announced the country needs a further US$900 in aid to combat the worsening drought.

In the hope of remedying the aforementioned, a conference in London was held to convene heads of state and government officials from the West and across East Africa in an effort to put Somalia on the road to sociopolitical and economic recovery.

The UK announced that the major international conference was held "to accelerate the progress on security sector reform and agree the new international partnership needed to keep Somalia on course for increased peace and prosperity by 2020."

There are those however, who aren't so convinced.

© AP Photo / Farah Abdi Warsameh-FILE
Somalia Security Forces Kill Regional Leader of Al-Shabaab Terror Group
The first such conference on Somalia was held in the year 2012, with the same raison d'etat of transforming a failed state into a secure nation with burgeoning government institutions.

At the time, US$77 million was collected for building up the country's security forces in order for them to more effectively combat what the government saw as the Islamist fundamentalist menace of Al-Shabaab. Unfortunately however, millions of dollars worth of the funds never arrived.

Since that conference, fighting between Al-Shabaab and government forces has balkanized the country further, to the extent that the Somali landscape is now characterized by small enclaves each ruled by different groups from al-Shabaab to groups loyal to the government in Mogadishu.

For the Somali people, the splintering of their homeland is likely to be reminiscent of the days of the Empire, when their country was carved up into five parts by the European colonial powers. After its independence in 1960, two parts of the five — the British occupied North and the Italian South — united to give birth to the Somali Republic under President Aden Abdullah Osman Daar. Although Somalia was ruled by one government, the North and South had two separate legal, administrative and educational systems, sowing the seeds of division from the state's infancy.

#Somalia: Projected number of malnourished children up 50%. The time to act is NOW. #FutureforSomalia pic.twitter.com/PomBTuGBu5

It was around the time of its independence that Somalia began to call for the unification of all Somali people found in the Horn of Africa. This was a great concern to the West, particularly to those powers who profited immensely from the strategically imperative waterway of the Gulf of Aden, which leads to the Indian ocean. There were concerns that, if Somalia were to become a unified and whole, it could start challenging those states sailing through its waters by forcing a payment toll.

In fact, throughout the Cold War, the US and Moscow stood eyeball-to-eyeball in the Gulf of Aden, with the Soviet Union placing importance on the waterway due to having its own base in the Gulf, while the US maintained its own on the island of Diego Garcia in the Indian Ocean.

Thus, considering the history of colonial conquest and exploitation, there are those who might accuse the powers — particularly the UK given its history in Somalia — of not having the best interests of the Somali people at heart, but in fact their own neocolonial designs.

If, of course, the interests of the Somali people are at the heart of this initiative, then the conference will discuss ways to tear up the roots of what is often cited as the cause of poverty among Somali fisherman, causing them to reset to piracy for an income: illegal foreign fishing. Approximately US$700 billion worth of cargo passes through the risk-fraught corridor each year.

In attendance at the 2017 conference was the Ethiopian Prime Minister Hailemariam Desalegn, Ugandan President Yoweri Kaguta Museveni, Kenyan President Uhuru Kenyatta, and the UN Secretary-General, Antonio Gutteres, among others.

Another big problem is that foreign powers have recently signed a slew of bilateral agreements with Somali states, seemingly legitimizing the enclaves that exist separate from one another.

For example, Ethiopia has a friendship memorandum with the South West State of Somalia. The United Arab Emirates is building a military base in Somaliland, a territory that the federal government considers part of Somalia, but is ruled by an autonomous authority.

Somalia's former envoy to the US, Abukar Arman has dismissed the London Somalia Conference as a "predatory carnival," with foreign entities gathering to take chunks of the state for their own gains.