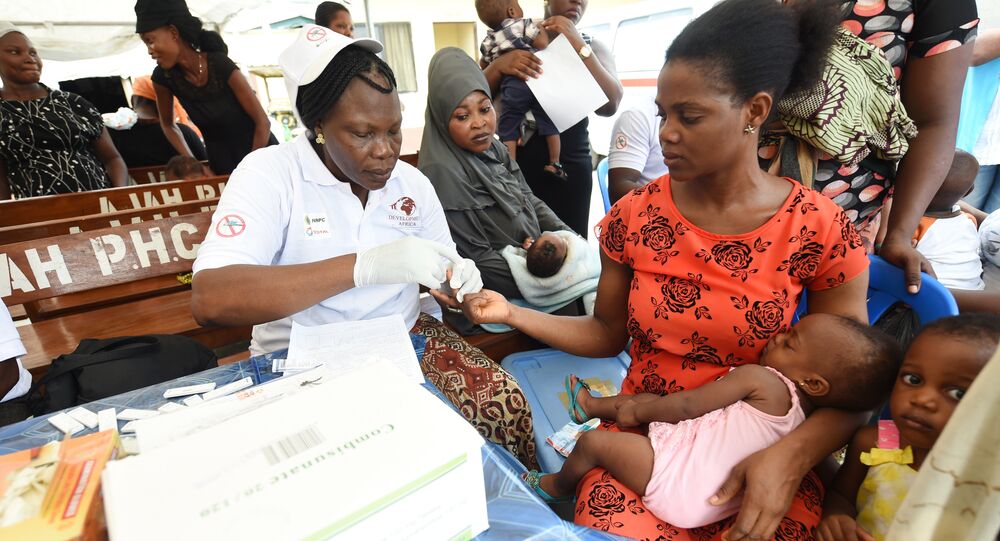 The World Health Organization has commenced field testing on the first ever malaria vaccine, to determine whether it is possible to cure infected children in impoverished Africa.

© AFP 2021 / Pius Utomi Ekpei
'Something Is Changing': Malaria Showing Resistance to Drug Treatment
After decades of research, the first malaria vaccine is here, the World Health Organization announced Monday. Developed by GlaxoSmithKline, a British pharmaceutical giant, it has shown promising results in the labo. Now, the WHO is launching a field test in Central Africa.

Three countries — Ghana, Kenya, and Malawi — will be the first to receive batches of the vaccine, to determine whether it will live up to lab results on the ground. Trials in the three countries will start in 2018.

The vaccine will be administered to babies aged 5 to 17 months. It consists of four shots, with the first three administered within three months, and the fourth with a considerable delay of half a year. In Central Africa, where access to healthcare is limited, getting this fourth dose of the vaccine may pose a problem, but failure to take it will significantly decrease the vaccine's effectiveness, WHO representatives explained.

The GlaxoSmithKline vaccine, known as RTS,S or Mosquirix, has so far displayed limited effectiveness: only four out of 10 children vaccinated in lab testing were successfully protected from further infection. However, this is still the best we've got: before RTS,S, the only treatments for malaria were Pyrimethamine and Sulfadoxine chemicals, which basically poison the malaria bacteria, Plasmodium. But particular strains of Plasmodium in Asia and Central Africa are rapidly developing a resistance to the chemicals, which renders treatment ineffective.

The other way to fight malaria is using insecticides to repel Plasmodium-infected mosquitoes, but these chemicals are expensive and hard to obtain in Africa; mosquitos are also reported to be developing resistance to them as well.

In 2013, 198 million people were reported to be infected with malaria. That same year, 584,000 died from the disease. In the last 15 years, however, there has been a 47-percent drop in mortality and a 30-percent drop in infection rate.