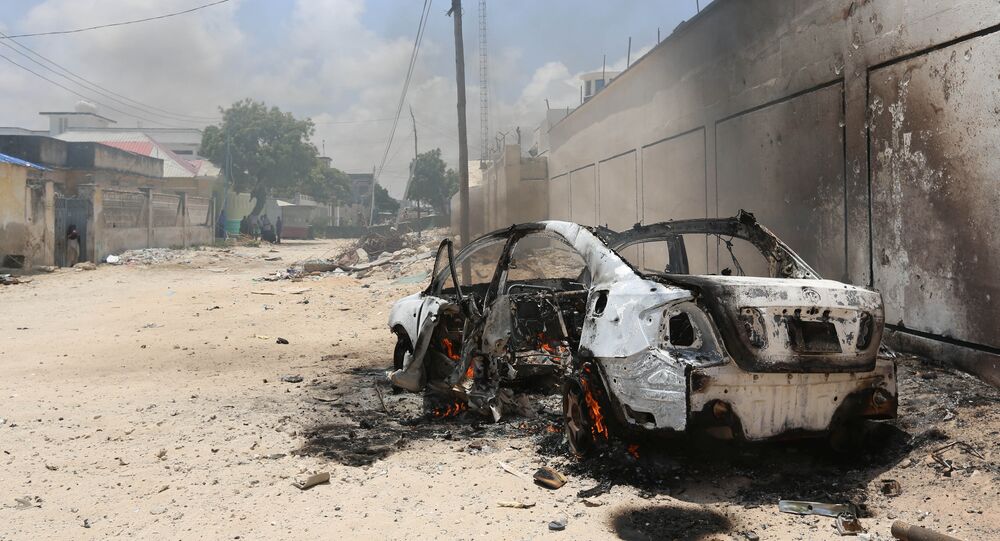 US Africa Command said in a release that US military did not conduct any counterterrorism strikes in southwest Somalia on April 14 contrary to what the media has reported.

© CC0
Pentagon Deploys Troops to Somalia – Reports
WASHINGTON (Sputnik) – The US military did not conduct any counterterrorism strikes in southwest Somalia on April 14 contrary to what the media has reported, the US Africa Command (AFRICOM) said in a release on Monday.

"The US military did not conduct any kind of kinetic action in that area during the timeframe referenced," the release stated. "The most recent US strike in Somalia was conducted in January 2017."

In March, President Donald Trump gave the green light to a Department of Defense request to increase the number of artillery and air strikes in Somalia against the al-Shabaab terror group (outlawed in Russia).

The terror group has been staging numerous attacks in Somalia in an attempt to create an Islamic state ruled by Sharia law.