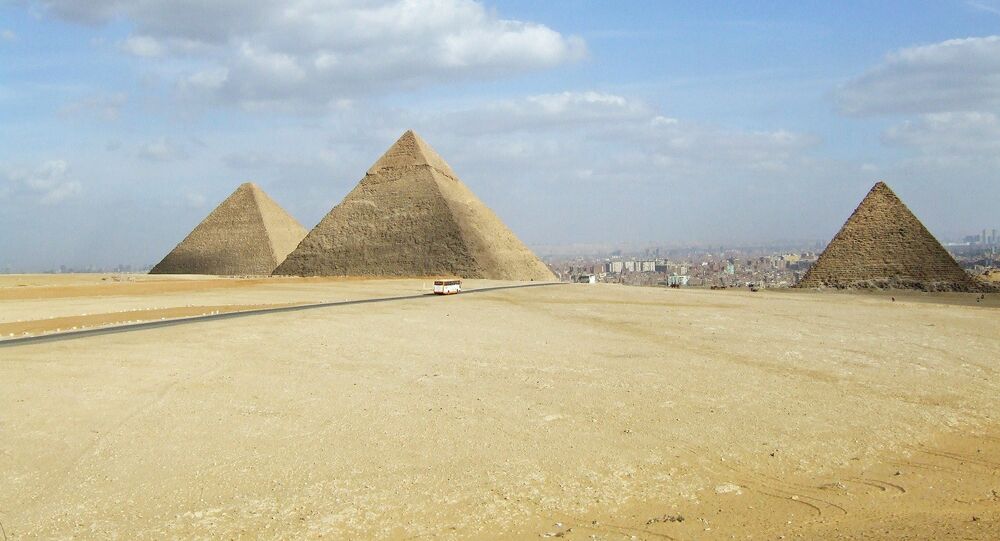 Egyptian archaeologists have uncovered the ruins of an ancient pyramid in the area of Dahshur near Cairo. The ruins are in a very good condition, according to a statement issued by the Egypt’s Ministry of Antiquities on Monday.

© Sputnik / Alexander Polyakov
Archaeologists and the Chamber of Secrets: Medieval Hidden Room Found in Moscow
The ruins were found south of the famous Bent Pyramid of Pharaoh Sneferu at the Dahshur necropolis, local media reported, citing the Ministry of Antiquities. Dahshur, located about 40 kilometers from Cairo, served as a royal burial site of the ancient Egyptian pharaohs in the period of the Old Kingdom and the Middle Kingdom of Egypt.

The new discovery presumably belongs to the reign of the 13th dynasty, which lasted from approximately 1803 BC until approximately 1649 BC. The excavated construction is thought to be a passage, which led inside the pyramid and connected above-ground premises.

Archaeologists have also found some fragments of stone blocks and a 15 centimeter by 17 centimeter part of alabaster plate with hieroglyphs. The archaeological mission will continue to work in the hope of revealing other parts of the structure, the head of the Egyptian Antiquities Sector at the Ministry of Antiquities said in the statement.