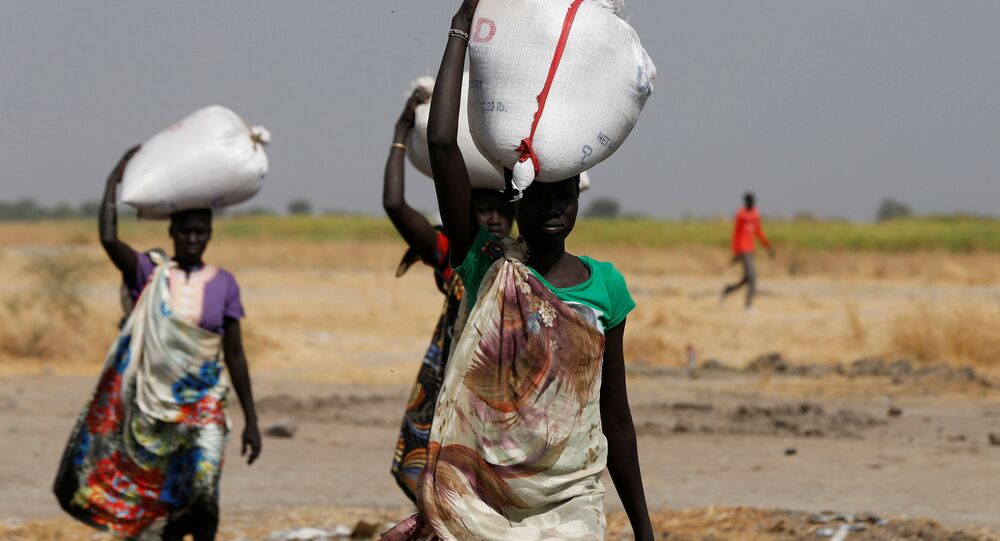 © REUTERS / Muhammad Hamed
Sudan Authorities Must End 'Unacceptable' Attacks on Darfur Students - Rights Watchdog
MOSCOW (Sputnik) – Many areas in South Sudan are "classified in famine … or risk of famine," he said, based on the Integrated Food Security Phase Classification (IPC) at a news conference in Juba, as quoted by the 7sur7 news website.

Also on Monday, three UN agencies, namely the Food and Agriculture Organization of the United Nations (FAO), the United Nations Children's Fund (UNICEF) and the World Food Programme (WFP) warned in a joint press release that the lives of some 100,000 people in South Sudan were endangered due to starvation.

The civil war in South Sudan, waged between President Salva Kiir’s supporters and opposition forces, has been lasting since 2013 and has made approximately 3.5 million people displaced, according to information by the United Nations from February 10.

US to Reauthorize Transactions With Sudan After Sanctions Lifted