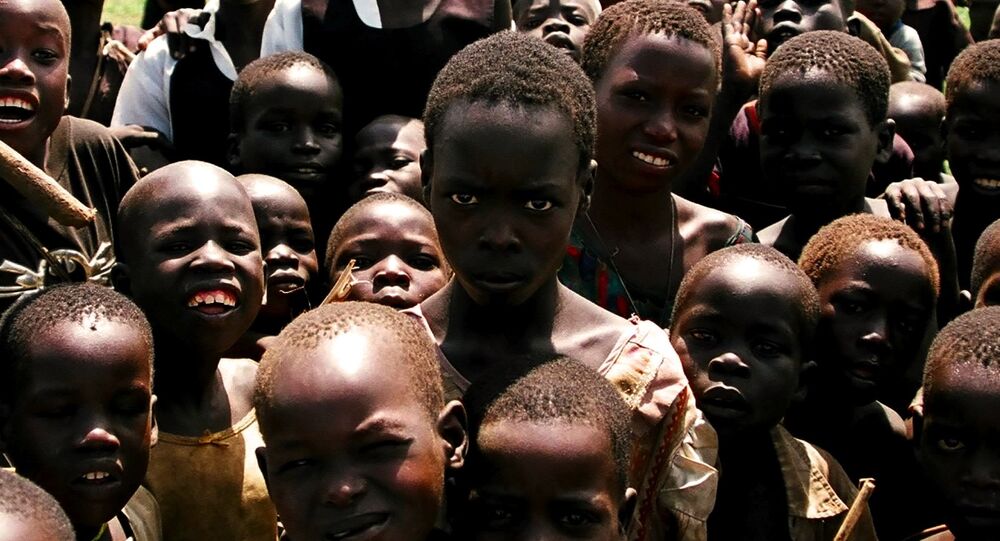 Driven by her grandmother's death from pneumonia, a young Ugandan woman has helped come up with a health system that could save dozens of children from the dangerous disease.

Olivia Koburongo, 26, watched her grandmother die after hospital after hospital in Uganda failed to correctly diagnose her with the lung infection, partly because of difficulties in tracking her health indicators.

Pneumonia, though it doesn't get a great deal of press, is a major killer of children. According to the World Health Organization, pneumonia accounts for 16% of all deaths of children under five years old, and is the single largest infectious cause of death in children worldwide. In Uganda, it kills 27,000 children every year. It is responsible for 16% of deaths of children under five, ahead of malaria at 13%, and is also the third leading cause of infant mortality in the country, according to UNICEF.

Working with fellow telecommunications engineering graduate Brian Turyabagye, 24, and a team of doctors, Koburongo and the team struck upon the idea of a smart jacket to help doctors diagnose the disease, which is often mistaken for malaria, before it is too late.

"Many of those deaths are because of misdiagnosis," Turyabagye told the Guardian. "In the villages and remote areas, children get sick — and the first reaction is to treat them for malaria. Most people are aware of malaria, and the signs for malaria and pneumonia are very similar, so it is difficult for health professionals to differentiate."

Because of a lack of access to laboratories for testing in poor communities, diagnoses are often made on the basis of basic clinical examinations rather than precision tests. The Mama-Ope ("Mother's Hope") kit uses biometric sensors to help health workers gain a more precise understanding of their patients' symptoms.

Mama-Ope is combination smart jacket and cell phone app. When the biomedical jacket is placed on a child, its sensors pick up temperature, breathing rate and sound patterns in the lungs, all of which are crucial to an accurate pneumonia diagnosis. Via Bluetooth, the information is sent to an app to analyze the information and assess the virulence of the infection, the team told Medical Xpress.

"We focused on the distinguishing signs of pneumonia," Turyabagye said. "One of the processes that most doctors use is a stethoscope to the check the lungs. But [pneumonia] tends to be on side points around the body, not just in the chest or back. Its accuracy of being able to diagnose what is healthy, and what is not, is very encouraging."

The jacket can diagnose pneumonia up to four times faster than a doctor and helps eliminate some human error, they say. Speed in diagnosing is critical — the more time spent treating a misdiagnosed condition, the more time pneumonia has to fester.

The jacket is still a prototype, but Turyabagye said there are plans in motion to pilot the Mama-Ope system in referral hospitals in the country and then roll it out to more remote health centers.

"The problem we're trying to solve is diagnosing pneumonia at an early stage before it gets severe. And we're also trying to solve the problem of not enough manpower in hospitals, because currently we have a doctor to patient ratio which is one to 24,000 in the country," said Koburongo.

Because the jacket can capture patient information in the cloud, it will also help far-flung doctors access information from different patients to inform their decisions, the team says.

The team is working on a patent for the kit, which is on the shortlist for the 2017 Royal Academy of Engineering Africa Prize, which brings with it cash prize of nearly $31,000.

The money could be used to launch mass production of the system. Once it is successfully put to use in Uganda, the team hopes to roll it out to other countries in Africa and to the rest of the world.