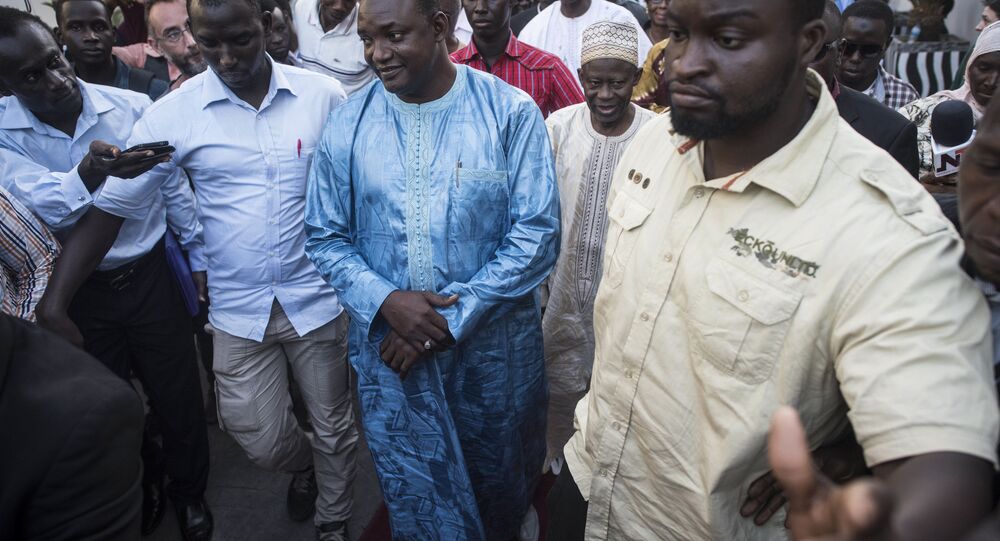 Gambians are cheering the arrival of West African troops in their country, anticipating that new President Adama Barrow will soon follow, but reports that the country's coffers are empty may mean a difficult transition is ahead.

Former President Yahya Jammeh, who lost in a surprise election defeat December 1 but attempted to hold on to power, finally left January 21 after Senegalese troops mustered by the Economic Community of West African States (ECOWAS) were finally ordered to remove him late last week.

A convoy of more than a dozen vehicles, among them armored personnel carriers mounted with heavy machine guns trucks full of soldiers, rolled into the capital of Banjul, Reuters reports, and later entered the presidential compound. Residents lined the road to applaud and thank them.

Barrow was officially sworn in as president in Gambia's embassy in Senegal the same day the operation was launched, but it was paused to give Jammeh a chance to leave without bloodshed.

The US State Department, which had supported the troop mobilization, issued a statement January 22 welcoming the peaceful transition.

"We applaud the commitment to democracy and the restraint shown by the Gambian people over the past weeks," it read. The statement commended ECOWAS's leadership as well as Jammeh's decision to leave peacefully and called on Gambians "to unite and work together as brothers and sisters for the future of The Gambia."

Speaking to Senegal's RFM radio, Barrow denied that Jammeh had been given immunity to prosecution in exchange for leaving, according to Reuters. A joint statement by ECOWAS, the African Union and the UN on Jammeh's departure commits to ensuring the "dignity, respect, security and rights of [Jammeh] as a citizen, a party leader and a former Head of State as provided for and guaranteed by the 1997 Gambian Constitution and other Laws of The Gambia" and to prevent the seizure of property and assets "lawfully" belonging to him. Barrow said the document was not a "binding agreement," Retuers reports.

Adviser to Barrow Mai Ahmad Fatty reiterated this, telling Senegalese journalists that they already know Jammeh stole $11.4 million in his last two weeks in office alone. The leader, who spent 22 years in power, shipped luxury goods including vehicles out of the country by cargo plane, AP reports.

"The Gambia is in financial distress. The coffers are virtually empty. That is a state of fact," Fatty said. "It has been confirmed by technicians in the ministry of finance and the Central Bank of the Gambia."

The new government will try to stop any other of Jammeh's belongings from slipping past the border, he said.

Jammeh has been accused of targeting political opponents for human rights abuses during his decades in power, and of enriching himself and his family as his country remained in poverty. Fearing unrest, some 45,000 fled the country a during the standoff between the former president and the new, according to the UN. Now, many seem to be returning.