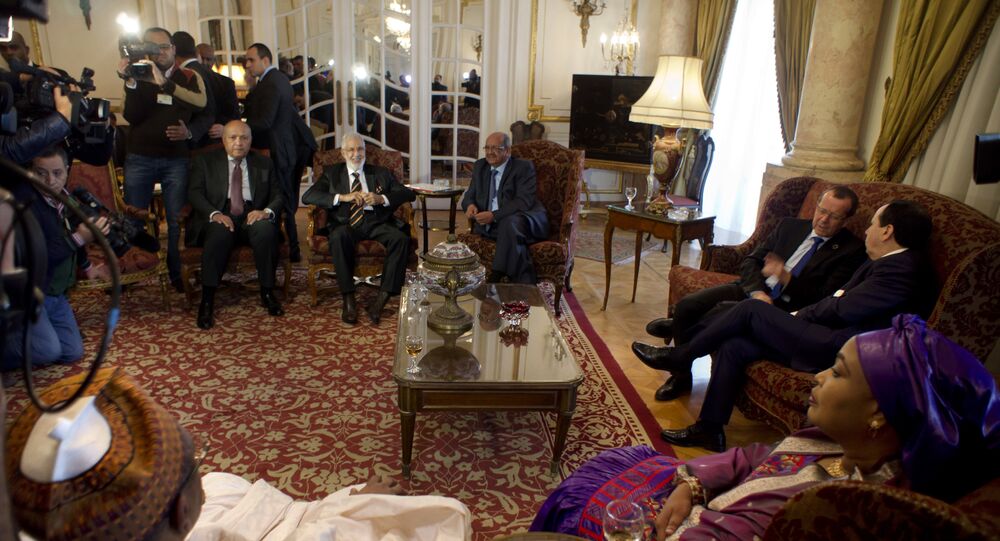 Countries-neighbors of Libya supported communique that "rejected any foreign intervention in the internal affairs of Libya," as well as military solution to the crisis, as it could endanger Libya's stability and security.

The meeting to discuss recent developments of the Libyan crisis took place in Cairo earlier on Saturday and was attended by the foreign ministers of Libya, Tunisia, Egypt, Sudan, Chad, and Niger, head of the UN Special Mission to Libya Martin Kobler, Arab League’s Secretary General Ahmed Aboul Gheit, as well as by African Union Special Envoy in Libya Jakaya Kikwete.

The final communique said the neighboring countries "rejected any foreign intervention in the internal affairs of Libya," as well as military solution to the crisis, as it could endanger Libya's stability and security.

© AFP 2021 / MAHMUD TURKIA
Libyan Special Forces Retake Tripoli Ministerial Buildings After Assault Attempt
The participants of the meeting also expressed their support to the Government of National Accord (GNA), which they believed should represent all Libyan forces.

The first meeting of the GNA Cabinet took place on January 2, 2016 in Tunisia. Nevertheless, Libya’s Tobruk-based parliament still refuses to cooperate with the unity government.